Middlesbrough MP Andy McDonald: My Plea To Save SSI Redcar 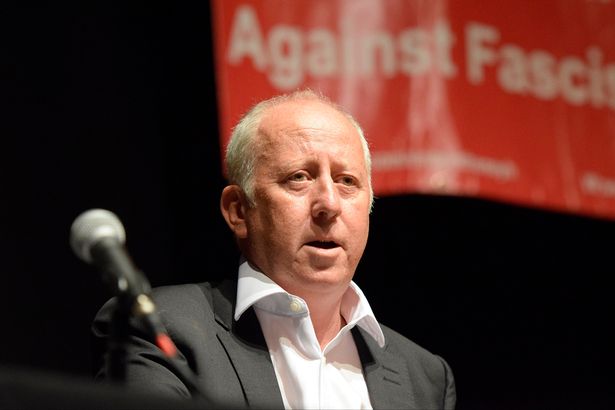 As As the Member of Parliament for Middlesbrough with many, many thousands of constituents devastated by the SSI collapse, I plead with the Government to consider my analysis.

Now that the liquidation order has been made, I am of the view that this presents some major opportunities for a positive outcome and future at Redcar.

Government is in pole position to turn this situation around.

My understanding is that the Secretary of State for Business Innovation and Skills has the power to give direction to the official receiver as to how the liquidation is to proceed.

If that is so, then I propose the direction that the BIS Secretary should give is the preservation of the assets in this way:

Firstly, the coke ovens and power plant represent a viable business in their own right. There is coal sitting out in the bay in ships waiting to be unloaded. That power plant feeds into the national grid and can make money. That money could be utilised to pay the creditors – many of them in the local supply chain – at least in part for some of the debts they are owed.

Secondly, the blast furnace itself is a nationally and strategically important asset and it is imperative that it is made safe and preserved.

That at the very least should be the direction from the BIS Secretary through to the Official Receiver and that same direction onto the administrator Price Waterhouse Coopers.

If there are insufficiently available funds generated from the coke oven and power plant operation to fund a full mothballing, then Government should provide those funds directly.

My understanding is that a full mothballing is not as costly as some had previously suggested. I’m not an expert but I’m relying on the information the Government has when it says that it would cost a mere £2m to mothball and something similar on an annual maintenance basis.

These are small sums in the grand scheme of things.

The mothballing would avoid an environmental disaster and provide a breathing space to find a buyer as well as the opportunity for a full strategic review of, not only the steel industry, but of all our core industries that underpin our manufacturing base and capability to enable us to put together a coherent and integrated industrial strategy.

Industry is crying out for a national strategy. There are considerable gaps in the UK steel operation. For example, the slab from Redcar is all exported. We don’t have an internal UK market for the very steel we produce. Government should be looking to not only identify the gaps, but to settle a strategy that would facilitate the filling of those gaps in the UK steel chain.

If I am wrong about this, let the Secretary of State tell me why I’m wrong.

On the other hand, if there is merit in what I am saying, he should crack on with implementation as a matter of urgency or otherwise provide an explanation as to why he chooses not to.

Ultimately, we cannot let the Redcar plant disappear. I could set out vast tracts as to the damage it will cause to the Teesside economy but we’ll learn the full horror of the impact in very early course.

I have to say, in the final analysis, Government should undoubtedly intervene in any event.

Let me make it clear, I am not proposing the full scale nationalisation of the entire UK steel industry. I am concentrating solely on the Redcar operation. But what I am saying is that Government stepping in to take this operation off the hands of the liquidators, lock stock and barrel, should not be ruled out.

The same is true of Teesside Steel. And please let’s not have the “state aid” argument. If the state was to step in and take on the ownership, it could so economically. The money needed to get it away from the administrator has to be small fry.

What are we talking about? As a non-operational plant with no one wanting to buy it currently, the coke ovens and power plant apart, we must looking at scrap value. There can be no state aid complications in terms of the blast furnace itself whilst the purpose is to secure and preserve the plant. There is no steel production or trading involved. No one can plead “state aid” in those circumstances. And if they do, then so be it. Let’s resolve that through the necessary channels in the years ahead. In the meantime the country’s biggest blast furnace can be saved.

And as for the coke ovens and blast furnace, I can’t accept that any intervention there could contravene state aid provisions. For goodness sake, it’s EDF the French state owned energy company which has supplied Redcar with electricity and has been hovering about to literally pull the plug on the plant for the last many weeks because of the unpaid bill.

State owned companies provide energy throughout Europe and we simply could not be penalised for our Government owning and operating the Redcar power plant.

Ultimately this is all a matter of political will. I urge the Government to intervene before it is simply too late.