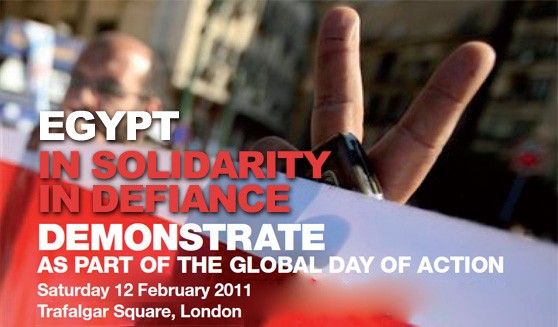 We have received the following emails forwarded to us by a senior Unite rep who works at an international publishing company in the UK. He is in contact with co-workers in the companies Egyptian offices. Names and locations have been edited out for obvious reasons.

From ——— sales and marketing director:
I last spoke to —— yesterday and everyone in the office (we have —- people) and families are all finding it a struggle but are OK. Arrangements were made to give them all their salaries.

What is happening in Egypt, and before that in Tunisia, may have come as a big surprise, as they are places we have for a long time associated with sightseeing and beach holidays and assumed were moderate, reasonably happy and stable societies.

The truth is that this stability has come at the price of the denial of political freedoms, economic inequality and brutal repression.

Not many people know for instance that the state of emergency imposed when Sadat was assassinated 30 years ago has been in force ever since. Given what Egypt has been through, it is a wonder the average Egyptian isn’t more radicalized and resentful.  On the contrary, the images on our TV screens reveal mostly a gentle and moderate people and an immense desire and longing for what we in the West take for granted. It is especially moving for me to see this eruption of human yearning in Tahrir Square and places in Alexandria that are so familiar. It looks as though it is sudden and out of the blue, but it has been simmering for a very long time. As the Palestinian poet Mourid Barghouti said: “Nothing goes off suddenly; even the earthquakes set in motion from the depths of the earth to the rooftops of the villages”.

In the past few days the images I’ve seen from these familiar places have moved me beyond anything else I’ve seen in all my time in the Middle East. I’m not sure we can yet fully appreciate the enormity of what we are witnessing and its reverberations in the region – an awakening and a realization almost too great to comprehend that ordinary, little, powerless people can change their destiny and change their world for a better one.  I for one never thought I would see these astonishing events in the region and I take my hat off to Egypt. 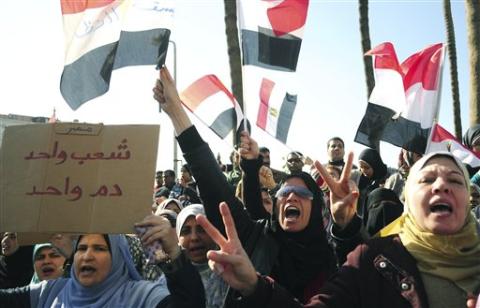 From —— office manager in Cairo:
Thanks greatly for your email; we here are still a bit shocked. For myself I never imagined Egypt could ever go through such great revolution that we are all hoping and dreaming of and would result in real changes – to feel like normal humans again, to feel free and like people all over the world. What happened made me feel alive again, and I remembered that we really used to feel these intimate feelings that we used to know long time ago, the political regime succeeded in making us all feel like slaves and having to live by their ways (we all gave up in a certain way) – as much as we are worried for the youth gathering in Tahrir but also hoping of a brighter future after getting through the economical crisis – although I actually can’t believe this is really going on.

Prayers have been raised in all Egyptian homes, caring and fearing of people for their families made them unite, men all over the country kept awake all night in the streets facing all kinds of danger, to defend their homes and families against the criminals and prisoners that the police let free from police stations and jails of course according to instructions from Mubarak and the Minister of Interior affairs as usual from them, to keep people restrained under their laws by force.

We are still worried and afraid, we can’t trust he will really leave and things are really changing in Egypt, I am still not sure but everyone else (specially ——) are raising my morale by assuring me that things are going to have a better phase. I want to believe but a bit doubtful that after all these years we can experience any changes here.

——-, thanks again you have always been my support in sadness and joy. I hope we will have good news soon, I am sure you are following up the news with us. So let us pray all over the world for a better time.