Memo to EU leaders: If austerity fails, its austerity’s fault – not that of workers’ rights 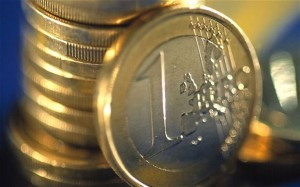 Karl Marx said: “A spectre is haunting Europe.” That spectre today is austerity and it is ready to haunt the UK.Ahead of the European Union leaders summit on Wednesday called to discuss growth, unions, including the European TUC are saying – enough is enough.

Bernadette Ségol General Secretary of the ETUC said: “Austerity is an impasse. We expect recovery projects based on sustainable investments, not policies focused on structural labour market reforms.”

And at a recent conference in Manchester supported by Unite, Unison and the GMB, unions sent out the strong message that it is time for unions to fight back across the EU and defend the gains made by working people over the last 60 years.

At the conference I made the point that the anger the austerity agenda is fuelling is calling into question the very future of the EU itself.

Greece, where real wages have fallen by over 25 per cent may be about to leave the Euro; in Spain, where the debt crisis has taken hold, there are one in four out of work and over 50 per cent of young are without a job.

And the technocrats running governments are taking an axe to long fought for employment rights. Take Italy where the ex-Goldman Sachs adviser appointed as Prime Minister immediately made it easier for bosses to fire workers. That was the centre piece of his plans for recovery from the crisis that his former employers and the rest of the banking class caused.

Attacks are also being made on long established national collective bargaining arrangements, which provided protection and a level playing field.

State-owned banks and the ECB need to be investing and not hoarding cash. Manufacturing needs to be nurtured. Growth cannot be based on reducing workers rights and making decent stable jobs into even more precarious employment.

And the rich must be made to pay their fair share.

As the ETUC says: “Fair taxation has to be a priority, there needs to be the introduction of a financial transaction tax and measures to put an end to tax havens.”

But most importantly the trade union movement across Europe needs on the  front line of the fight against the dismantling of social Europe – the social Europe that gave workers decent holidays and working hours; maternity and paternity leave; employment rights for part-time and agency workers, health and safety rights and a Europe which supported national collective bargaining to protect working people.

In the UK the Clegg-Cameron government have slashed taxes for the rich – despite the talk of deficit cutting and are being pressed to bring in more stringent austerity measures and to attack employment rights further.

Calls are being made from assorted right-wing allies for further watering down of EU employment rights, longer public sector pay freezes and an end to national pay deals.

László Andor, the European Commissioner for employment and social affairs told the Manchester conference: “We are now in the fifth year of the economic crisis and there is little indication of any improvement. Joblessness has reached record levels and the outlook is one of stagnation.

“Here in the UK, the government has applied an aggressive deficit reduction strategy, but despite these cuts the deficit is still 8.4 per cent of GDP. And, with UK unemployment running at 8.2 per cent, one is entitled to ask if the medicine is curing or killing the patient.”

What is clear is that we cannot disentangle ourselves as what is happening across the EU as the world capitalist crisis hits Europe with exceptional force.

The EU must now move beyond the crisis by rejecting banker-imposed austerity and rebuilding Europe based on growth, social protection, good jobs not a race to the bottom – a race going nowhere.

This blog first appeared on Left Foot Forward on May 16th.

Sorting Out The Crisis – What’s The EU Got To Do With It? Conference was held in Manchester on May 3rd.