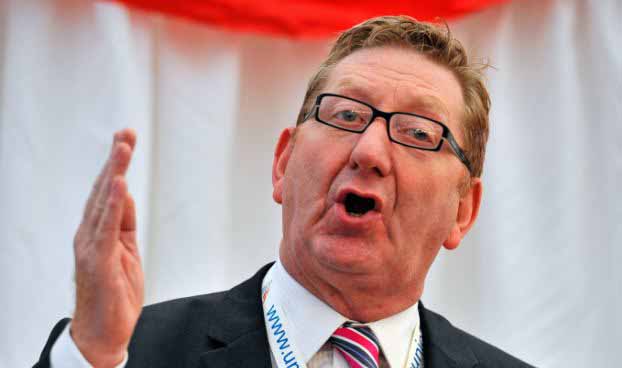 Some good news! Unite the Union increased its membership during 2012 and Len McCluskey has announced that Unite will increase organising work this year.

Despite a double-dip recession (and moving to a triple dip recession according to pundits) and the continual anti-trade union rhetoric from government ministers – along with other attacks on union rights and collective bargaining, Unite’s membership increased by over 50,000 members in 2012.

The membership gains were focussed in the automotive sector and its supply chain; the aerospace sector; in food and beverages, transport – including bus, coach and ferry workers – which rely heavily on agency workers, as well as in the public sector – as well as in the health service and in local government.

Commenting on the increase Len McCluskey Unite General Secretary said: “Unite has been in the forefront of standing up for working people against this government’s cruel economic and social policies – and will continue to do so in 2013.

“Working people recognise that the trade union movement is the last line of defence against a rapacious government that is only happy when it is giving large tax breaks to its ‘friends’ in the City and attacking the rights of ordinary working people.

“People are not taken in by the anti-trade union rhetoric peddled by the coalition’s ministers. At a time of economic uncertainty ordinary people know that Unite is on their side fighting for them.

Len announced that Unite will increase organising work this year: “We will be stepping up our organising in workplaces across the UK in 2013, as the assaults on working people and their employment rights continue from this government – a recent example being the plan to reduce the current minimum consultation period for large scale redundancies from 90 to just 45 days.

“Rogue employers and the government are on notice that the economic crisis cannot be used as an excuse to erode the living standards and rights of workers.”

2 Responses to McCluskey announces boost in organising work as Unite membership jumps by 50,000