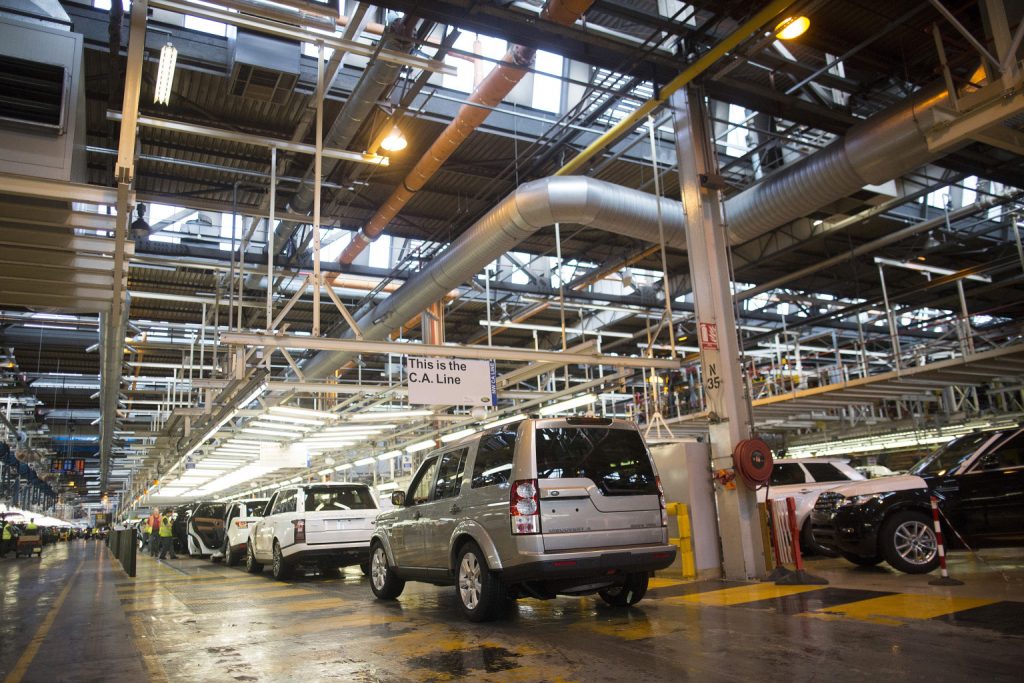 The latest manufacturing figures released yesterday (August 1st) have shown that the uncertainty unleashed by a Brexit vote is no passing phase.

The closely-watched Markit/CIPS UK manufacturing purchasing managers’ index fell to levels last seen in February 2013 as it hit 48.2 in July, down from 52.4 in June and below economists’ expectation of 49.1.

A reading above 50 indicates growth. The survey also found that the rate of job losses across the sector was its second sharpest for almost three and a half years.

“At a time of increasing economic uncertainty, these figures should serve as a wake-up call to the government and underline the need for ministers to start pursuing an active industrial strategy,” he said.

“Ministers now need to urgently deliver on Theresa May’s promise of an industrial strategy and should be looking to fast forward major infrastructure projects and ensure they are built with the maximum amount of British-made materials, such as steel.”

Burke said that the long-term health of UK manufacturing should be a top priority in any forthcoming Brexit negotiations.

And within manufacturing, automotive and aerospace will be particularly crucial to the overall success of the UK economy as it treads through the uncertain world that the Brexit vote has created.

“The car industry is so crucial to the wellbeing of the manufacturing economy and has been for the past 8 years,” Burke said. “In fact, if you take away the production figures for the auto and aerospace industry from manufacturing, we really are largely back to where we were in 2008. It’s these two industries that have been driving us forward.”

While there aren’t yet any signs that any of the main car companies are considering leaving the UK, Burke argued that “exports into Europe of UK manufactured vehicles are crucial”.

“So anything that disturbs that relationship will make the main car manufacturers consider their options.”

Just last week, new figures showed that car manufacturing hit a 16-year high in the first half of 2016, with 900,000 cars coming off production lines at UK factories in the first six months of the year, a 13 per cent increase over the same time period in 2015.

Nearly 80 per cent of cars built in UK factories during the first half of the year were exported to other countries, with the EU being the single biggest market.

Mike Hawes, chief executive of car industry trade body, the Society of Motor Manufacturers and Traders (SMMT), said that the latest figures had not taken into account post-referendum uncertainty.

“The latest increase in production output is the result of investment decisions made over a number of years, well before the referendum was even a prospect,” he explained.

“These decisions were based on many factors but primarily on tariff-free access to the single market, economic stability and record levels of productivity from a highly skilled workforce,” he added. “To ensure the sector’s continued growth, and with it the thousands of jobs it supports, these must be priorities in future negotiations.”

And this is precisely what Unite has been calling for.

A Unite combine of senior shop stewards from the key manufacturing industries, including automotive, aerospace, engineering, chemicals, science, graphical and steel, among others, are now working to put together a strategy that examines the potential effects of Brexit on manufacturing, Burke explained.

The combine will issue a report in the coming months.

“What we’re saying is not very different from what all the industry associations are saying,” he said.

Like the SMMT and others argue, Unite believes the key to continued success in automotive and other manufacturing sectors is maintaining membership of the single European market, one that’s free of tariffs.

“If we’re faced with tariffs, exporting goods will be more expensive,” Burke noted. “And let’s remember also that tariffs work both ways. For example, although we’ve been calling for more automotive components to be sourced locally from the UK — and we’ve had some success in that endeavour — at this moment in time 60 per cent of component parts are still imported from elsewhere.

“So if we lose tariff-free access to the single market, we’d be doubly hit – cars would be more expensive both to make and to export.”

The Unite manufacturing shop stewards are also calling for careful consideration of precisely what the UK’s trading landscape will look like well before article 50 is triggered, a process which begins the UK’s formal exit from the EU.

“We need to understand what the alternatives are,” Burke said. “We have to have a clear understanding of what other trade deals will look like – and within any new trade deal we will need strong trade defence mechanisms to stop dumping of goods as we currently are facing with steel, tyres, ceramics and paper.”

A Seat At The Table

Unite is looking to hold discussions with European manufacturing unions about the impact of Brexit, with the future of European employment rights for British workers at the centre of those discussions.

Standards that have been adopted across the European Union, which govern various different areas such as car emissions and health and safety will likewise be a top priority.

Crucially, Unite is calling for a seat at the table over any future Brexit negotiations.

“Not only are we the biggest manufacturing union in the UK, we have representatives on European Works Councils throughout manufacturing so reps have a clear understanding of how Europe works and how business works,” Burke noted.

“We are also part of a global union with Workers Uniting, in partnership with the North American trade union United Steelworkers. They have significant experience dealing with trade issues to pass on to us.

“Not least, as the UK’s biggest union with more than 500,000 members in manufacturing alone, we have to defend our members and look after their interests. That’s why it’s crucial in any negotiations that we have a significant say.”