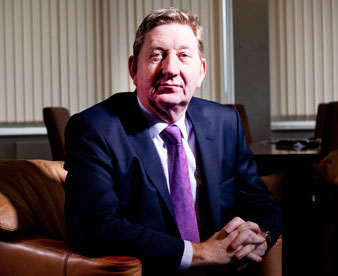 Britain’s exit from the European Union must deliver a migration policy that changes the UK from a ‘race-to-the bottom to a rate-for the-job country’, Len McCluskey of Unite will say today.

Addressing the conference of the Class think tank he is expected to warn that the ‘fatal attraction’ of access to cheap labour offered by the expanded European Union had caused working people to break faith with the project.

He will say that the concerns of working people that labour movement has hit jobs and pay can no longer be ignored and call for guaranteed safeguards on jobs, rights and wages to take precedent in the development of the UK’s emerging immigration changes.

He will call for employers seeking to recruit workers from abroad to prove that a trade union will be active in the workplace to defend the terms and conditions of all employees saying:

“There is no doubt that concerns about the impact of the free movement of Labour in Europe played a large part in the referendum result, particularly in working-class communities. It is those same communities – traditionally Labour-supporting – where the Labour Party is now struggling.

“As long ago as 2009 Unite’s private surveys of membership opinion were showing that even then our members were more concerned about immigration than any other political issue, so we are past the point where working people can be convinced that the free movement of labour has worked for them, their families, their industries and their communities.

“That is why we need a new approach, to move away from talk of “freedom of movement” on the one hand and “controls” on the other and instead to speak of safeguards.

“It would end the fatal attraction of ever cheaper workers for employers, and slash demand for immigrant labour, without the requirement for formal quotas or restrictions.”

Arguing that the over-supply of cheap labour has set worker against worker, McCluskey will urge the labour movement not to shy away from the issue but instead to take the lead in brokering the urgently needed fresh approach to immigration:

“The problem is not cheap labour in Britain – it’s cheap labour anywhere. Anyone who has had to negotiate for workers, in manufacturing in particular, knows the huge difficulties that have been caused by the ability of capital to move production around the world in search of far lower labour costs and higher profits. Supply and demand affects the sale of labour too, pitting worker against worker.

“But while it would be easy to simply say ‘let’s pull up the drawbridge’, that’s impractical in today’s world. Instead we must do everything necessary to organise all workers here into trade unions, wherever they may have been born and whatever their history, and fight for decent pay, proper working conditions and full rights at work.

“This country – the sixth richest in the world – is more than capable of providing every worker, wherever they are from, with a decent job and every family with a decent home.”

Calling for migration management to be fair and reasonable, not just to workers and industry in the UK, but to those countries supplying workers too he will say:

“Let’s not pretend that free movement is a straightforward benefit to the countries workers are leaving behind, being denuded of young people and skilled labour. We need to create a system that works for everyone, wherever they are born.

“But with the safeguards I call for, taken alongside Jeremy Corbyn’s commitment to fair rules and reasonable management of migration, as well as Labour’s pledge to restore the Migrant Impact Fund for communities suddenly affected by large-scale migration, there is the basis for giving real reassurance to working people in towns and cities abandoned by globalisation.

“Never forget what unites all of us: anger at the government’s disgraceful treatment of refugees, who deserve safety and protection; shame at the Tory attempts to use EU citizens already living and working here as a sort of negotiating card – they must have the right to remain; and a determination to resist the rise in racist attacks and invective which has blighted our society past-referendum.

“We must listen and respond to working people’s concerns because that is the only way to earn their support, consigning today’s opinion polls to the dustbin, convincing working people that the labour movement is their best protection in an uncertain present and their best hope for a prosperous future.”