Len McCluskey to Lib -Dems: “Break with the Coalition” 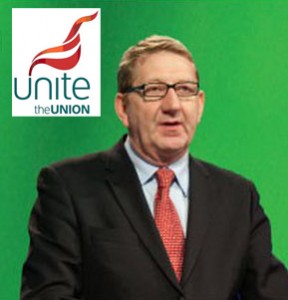 Speaking at an anti-cuts rally in Sheffield today Unite’s Len McCluskey will tell the Lib Dems to break with the Coalition and come over to the side of the British people.

Len will tell a rally: “Nick Clegg has turned LibDems into shock troops for a Tory counter-revolution that aims to dismantle everything ordinary British people have built up over generations – the NHS, welfare state, the very fabric of our communities threatened by the cuts.”We know that Lib Dem voters reject the course he has chosen.

Polls and by-election results – not least in Barnsley up the road – tell us that. But I have come to Sheffield to appeal – not to Nick Clegg – but to Lib Dem councillors, activists and, yes, Lib Dem MPs, to put the people first, put their consciences first and come over to the opposition where they will find a warm welcome.