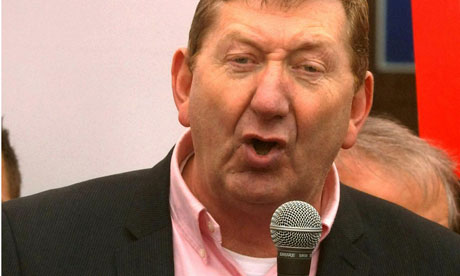 When a national newspaper puts trade unions on the front page, it is seldom to advertise our achievements.

So readers of The Times will not have been shocked to see their paper leading not on our many organising breakthroughs, recruitment successes, or major improvements won or members at work, despite the adverse economic climate, but instead on falling membership.

To read Mr Murdoch’s mouthpiece, you would think that trade unions – and Unite in particular – were on the point of disappearance. This is a scenario much dreamt about in some quarters. But I am pleased to say, though, that it remains a fantasy.

Some facts: Since the formation of Unite we have seen our presence in workplaces grow and our appeal to workers in sectors from health to aviation increase. Since this union’s strategy for growth was launched some 78,000 new members have joined Unite in “greenfield sites”. They are in work places that have no history of union organisation – mainly young, many from ethnic minorities and mostly in emerging industries.

In the first quarter of 2011, our paying membership actually increased by more than 5,000 – not a huge number, but heading in the right direction and very different to the picture painted by The Times.

And Unite has nurtured 3,400 new shop stewards (workplace reps) in the past few years. They are our crucial front line – they bring this union directly to the people who need it most.

Our growth plan aims to get to those areas of our economy that, previously, trade unions barely touched – like cleaning, distribution and finance. This won’t be any overnight sensation, but then neither was any advance, from getting equal pay legislation to the minimum wage.

Of course, it is not all sunshine. Our economy has gone through a revolution in the last twenty years – those areas where trade unions have traditionally been strongest, such as manufacturing, have continued to shed jobs. And organising in new areas still comes up against the obstacles deliberately placed in our way by the toughest anti-union laws in Europe – laws which some ministers may like to ratchet up still further.

The thought of strong unions clearly causes unease in some elite quarters. They are not wrong. Research shows that workers in union-organised workplaces have better terms and conditions, pensions, earn better rates of pay and face less bullying and harassment. In these tough times this sort of support is more needed than ever. For the tens of thousands in the low-wage, insecure employment, Unite is the difference between a working life based on exploitation or one built on respect – just ask the thousands of food processing workers who have seen their pay double through Unite’s organising efforts.

The recent ‘March for the Alternative’, when hundreds of thousands of workers walked with their families to demonstrate their opposition to the needless cuts facing communities across the country, illustrates the point. It was the biggest such event ever organised by the trade union movement in British history and a sign that people still trust us to speak up for them.

It is strange that former TUC functionary Adam Lent, writing in The Guardian is so pessimistic and dismissive. His view that a single speech by a trade union leader is enough to turn the tide, and that demonstrations and industrial action have no place, is academic fantasy.

At a time where we are led by a cabinet with more millionaires than Sloane Square, when boardrooms can waltz off with the commonly-created wealth, or when our living standards are in the worst decline since the 1940s, the country needs a strong and vibrant alternative. We are it.

Unite talks regularly to 160,000 members by mobile phone and 7,000 followers by Twitter so we know what working people are feeling – it is a mixture of anger and fear.

Workers across the UK are responding to our principled stand on against the cuts, including our fight to prevent the destruction of the NHS and our push for an economic alternative that delivers growth and jobs. As we continue to defend our social fabric from the needless upheaval wreaked upon it by the government and show workers the pay-off from unity, and as we push forward with the organising strategy pioneered by Tony Woodley, these numbers will grow.

Under my leadership – elected I might add by more people than voted for David Cameron as Tory party leader – Unite will continue to ask the tough questions of itself as we leave behind the inevitable difficulties caused by a merger of the scale that led to our formation. And we will continue to give Rupert Murdoch and his like the sweats for years to come.