Len McCluskey: Labour’s fresh thinking on investment will lead to a stronger economy 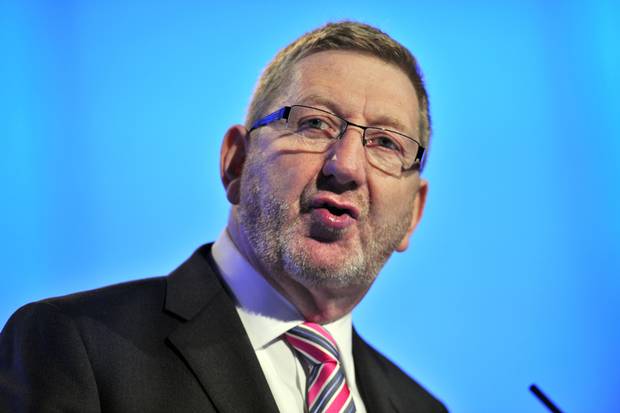 Labour must put the brakes on the `Sports Direct economy’ caused by a discredited political dogma which has down-graded industrial strategy, rejected the investment that is vital to growth and has assisted the inequality now raging through the UK, the leader of the UK’s biggest union, Unite, said today (Saturday 21 May).

Len McCluskey was speaking at the Labour Party’s `State of the Economy’ conference in London, held as part of shadow chancellor John McDonnell’s pledge to build a new consensus on economic policy.

Addressing the audience, Len McCluskey echoed the calls of Nobel-winner and McDonnell advisor Joseph Stiglitz who has called for action “rewrite the rules” of how our economy operates, saying:

“This is a very welcome initiative from John and his team.  This country urgently needs a Labour government that will chart a new course because this is no longer an issue of tinkering at the edges; it’s about rewriting the relationship between capital and the communities and people it is there to serve.

“The next Labour government will be one that understands that the economy must work for the people, not the other way round.

“That means rejecting outright the failed consensus of the past 40 years – the free market dogmas that crash-landed eight years ago – and walking away from the tired thinking that dominates today’s policy prescriptions.

“Our country needs an industrial strategy supported by long-term, public-led investment in our country’s infrastructure: in transport, energy, housing and communications. Without this infrastructure, industry cannot flourish.

“It requires a new approach to job-destroying takeovers which may work for big shareholders but damage everyone else.  It requires particular attention to those key sectors which underpin broader economic development, from steel to communications technology.  And yes, a successful industrial strategy requires us to ‘re-write the rules’ and restructure our economy, rebalancing it away from an over-reliance on financial services.

“That, of course, means investment supported by a reformed banking system oriented to helping build the real economy and away from the present day short-termism that inhibits investment.

“It’s not about central government making every decision – it is about government ensuring that the interests of the community and long-term development are put first.

“On the steel crisis, this Conservative government has had to be dragged to the table just to engage with stakeholders and workers in order to save one of our key foundation industries.  On the major economic decisions of our times, its only answer has been deepening austerity and further cuts to the public services and investment that would grow our economy.

Calling for Labour to submit its policies to an ‘equality audit’, Len McCluskey added:

“It seems that everyone is against widening inequality but no-one wants to do much about it.  I would suggest that if there is one single factor which propelled Jeremy and John to the leadership of the party last year, it was the desperate desire to see Labour get back to its roots in tackling rampant inequality.

“Let’s be clear, there is no free-market based answer to inequality. It is the out of control market that has caused incomes at the top and bottom to hurtle apart at warp speed and put many basics – like having your own home – out of reach for millions.

“We need to put the brakes on this race towards the Sports Direct economy.  Everything Labour proposes should have to face an “equality audit” – is this going to make society fairer, is it going to redistribute power and wealth?

“That means tackling low pay, liberating trade unions to do their job, and making employers compete on quality and service, not on cost-cutting at workers’ expense.”

Len McCluskey was speaking at Labour’s The State of the Economy conference, where he was part of a panel that included Professor Linda Yueh, Sue Himmelweit of the Women’s Budget Group, the author and broadcaster Paul Mason and the acting director general of the British Chambers of Commerce Adam Marshall.