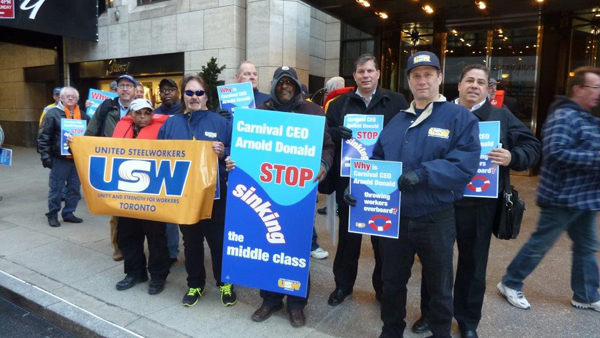 On rare occasions the Minister may find it necessary to use additional powers granted to him under the Labour Relations Act, 1995 to examine labour disputes.

For example, Section 37 of the Act gives the Minister of Labour authority to appoint a Commission “to inquire into and report to the Minister on any industrial matter or dispute that the Minister considers advisable.”

The strike began on September 6th, 2013, and involves 133 employees at the Crown Metal facility in Toronto.

At the request of Crown Metal, under section 42 of the Labour Relations Act, 1995, the Minister of Labour directed a “last offer” vote on March 24, 2014. The employees voted overwhelmingly to reject the employer’s offer.

Morton Mitchnick, an experienced mediator-arbitrator, has been appointed as the commission’s sole member.

He will be responsible for examining the relationship between the parties, identifying key issues in the dispute, investigating the dispute’s underlying causes and assessing prospects of settlement.

Following the inquiry, the Commissioner will report to back to the Minister of Labour within 14 days on any remaining issues in dispute and advise on next steps.

The United Steelworkers has welcomed the Ontario government’s decision to appoint an Industrial Inquiry Commission into an 18-month dispute.

“Crown has demanded concessions even though it is profitable and Crown does not want to allow all striking employees to return to work. This is unacceptable in Ontario and we hope that the commission leads Crown to finally understand that,” said USW Ontario Director Marty Warren.

“In the meantime, we will continue our fight against Crown’s U.S.-style union-busting tactics on all available fronts,” Warren said.

Philadelphia-based Crown, one of the world’s largest manufacturer’s of food and beverage containers, provoked a strike at its Toronto beer can factory in September 2013 by demanding massive concessions from workers. Crown has refused to negotiate a fair settlement with its Toronto employees in the ensuing 18 months, instead recruiting replacement workers to prolong the dispute and try to break the strike.

Opposition politicians at Queen’s Park and Steelworkers allies such as Unifor have joined the USW in calling on the Ontario government to help end the labour dispute by compelling Crown to negotiate a fair settlement.

“Most of the Crown strikers are long service employees who have given their working lives to build Crown into the huge and profitable company it is today,” Warren said.

“This 18-month strike has caused untold financial and personal tragedies for our members. Today’s announcement of an industrial inquiry must lead to an end to this long and tragic refusal by Crown to deal fairly with its dedicated employees.”