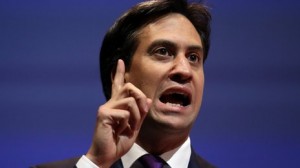 Ed Miliband Leader of the Labour Party, will commit the next Labour government to repealing David Cameron’s bedroom tax, and announced he and Ed Balls have already earmarked funds to pay for it.

Speaking in Brighton at the start of the Labour Party conference, Miliband will say the Bedroom Tax has become a symbol of an out of touch government standing up only for the interests of a privileged few.

He will describe how two-thirds of the 660,000 people affected are disabled and the vast majority do not have the option of moving to smaller accommodation.

Although both the National Housing Federation and the National Audit Office have questioned whether the Bedroom Tax will raise all, or even any, of the £470 million claimed by the Treasury, Mr Miliband will reiterate that One Nation Labour will not pay for promises on social security with extra borrowing.

Instead, he will say money is being earmarked to pay for the repeal of the bedroom tax by closing boardroom loophole schemes and tax scams.

·         Scrapping George Osborne’s “shares for rights” scheme which has been rejected by businesses and has opened up a tax loophole of up to £1 billion.

·         Tackling tax scams in the construction industry which is costing £500million in lost revenue.

Mr Miliband will say: “One Nation Labour is meeting here in Brighton talking about the most important issue facing families in Britain: the cost of living crisis.

“Under David Cameron life is getting harder and harder with prices rising faster than wages in 38 of the 39 months that he has been in Downing Street. And working people are an average of almost £1,500 a year worse off under his government.

“But we have a Tory-led Government which listens only to a privileged few. Tax cuts for millionaires and tax breaks for hedge funds.

“I am leading a different Labour Party, a One Nation Labour Party, which listens to and will stand up for ordinary families like that of Danielle Heard, who I met this week.
“We’ll fight for her like she has fought cancer heroically for 14 years. She is disabled and battling cancer again. But now her family must pay £80 a month they can’t afford under this government’s hated bedroom tax.

“The bedroom tax – not what the Tories call the spare room subsidy – the bedroom tax: a symbol of an out of touch, uncaring Tory government that stands up for the privileged few – but never for you.

“So we will scrap that tax. And what’s more I can tell you how.

“We’ll scrap the bedroom tax by abolishing the shady schemes of tax loopholes for the privileged few which the Tories keep inventing. Tax cuts for hedge funds, the billion pound black hole created with a scheme for workers to sell their rights for shares, and by tackling scams which cheat the taxpayer in construction.

“That’s what a One Nation Labour government will do. That’s a party that will fight for you.”

“Thousands of people and their families have been put through utter hell by this cruel policy.  Their crime it appears is not to be rich enough to own their own home.  If the rich want a second home, they get a state grant – but the poor get hounded for having a second bedroom.  It is an obscenity and it shames Britain so well done Labour for pledging to ditch it.

“Now, those people up and down the land forced to live with the threat of debt, misery and losing their homes can finally believe that this nightmare will come to an end, and for that we applaud Labour.

“But until 2015 and a Labour victory, this monstrous policy remains with people daily being hounded out of their homes and into debt.  So Unite will continue to mobilise in communities to ensure that those in fear for their homes can stay in their homes.

“This policy speaks volumes about a truly nasty party which has no understanding of or care for the struggles of ordinary people and as such is unfit to govern.”