Labour And The Unions: “A minority of my Labour colleagues would rather turn the Labour Party into a branch of Sainsbury’s”. 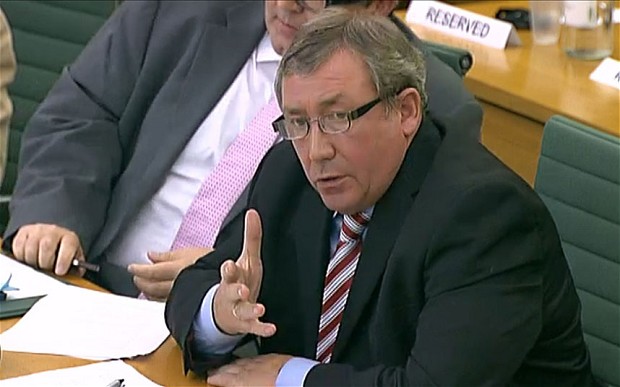 By Jim Sheridan
Member of Parliament for Paisley and Renfrewshire North. Chair, Unite the Union Parliamentary Group at Westminster

Trade unions – and their relationship with the Labour Party – have been big news this week, whether it be stories about the Falkirk selection process, or Cameron’s shameless union bashing during PMQs.

As Ed Miliband responded: “This is a Prime Minister who had dinners for donors in Downing Street. He gave a tax cut to his Christmas card list, and he brought Andy Coulson into the heart of Downing Street. The idea that he is lecturing us about ethics takes double standards to a whole new level.” The Prime Minister certainly does not speak from his high horse when he talks about the so-called influence of the unions.

But there is more to this. As well as jibing the Prime Minister about his own links, we in the Labour party – Ed Miliband included – should be standing up for our union colleagues. We should be proud of our heritage as a party for workers, and a big part of that is our good relationship with the unions.

Labour is not the union’s puppet. But the unions are vital sources of information on some of the atrocities happening in the UK’s workplaces. And they help ensure necessary workplace legislation is enforced. They campaign on issues of importance to all Labour party supporters – stopping loan sharks, saving our ambulances and protecting our postal services are some of Unite’s current campaigns.

Sadly, a minority of my Labour colleagues are not proud of this relationship and would rather turn the Labour Party into a branch of Sainsbury’s. They have a clear agenda and are desperate to break the link. They do not stand for many of the ideals I, and many other Labour members, joined the Party to stand up for.

But equally, there are union members who would gladly see the link severed between them and the Labour party. They have their own ideological reasons, or they are dissatisfied with some of Labour’s policies. Whatever the reason, they do not see the value in supporting the party, financially or otherwise.

This is disappointing and misguided. Those of us on the Left should stick together, fight for the rights of those both in employment and out, and work together to keep the Tories (as well as the Tartan Tories) out of Government.

The unions and Labour may not always agree. And this is healthy – debate on the Left can only improve our policies. But we must all agree that we should work together. A Labour government, in the UK or in Scotland, will fight for ordinary people. In this, we all want the same thing. Let’s put this week behind us and look forward to fairer policies after the next elections.