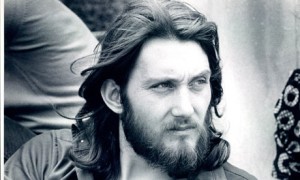 Keith Faulkner organised the People's March for Jobs in the 1980s.

The following obituary of Keith Faulkner was written by Mike Power and published in The Guardian on 5th January.

Keith was the TUC’s senior events organiser at the TUC and a good friend and comrade. He was well respected by union activists and officials as the TUC’s organiser of their  rallies, festivals, demonstrations and conferences.

“Keith Faulkner, who has died aged 62 of a heart attack, worked for the TUC for more than 30 years, planning conferences, demonstrations, rallies and festivals. At the time of his death, he was developing the TUC’s plans for what will surely be the biggest demonstration against the coalition government’s cuts, due to be held in March.

For Keith, events had to be orderly and disciplined to have a positive public impact. He ensured that demonstrations were well marshalled, with properly trained stewards. In the 1980s he put the People’s March for Jobs together – this helped to define the feelings of a generation about unemployment. In the 1990s, he was a moving force behind the TUC’s Jobs and Recovery campaign. The 250,000-strong march through London in November 1992 demanded an end to pit closures, and gave vent to a widespread national feeling for a new industrial policy. In 2009, he was the key player in planning the G20 Put People First demonstration that involved more than 100 organisations, under the slogan Jobs, Justice, Climate.

In between these major efforts, Keith organised demos on issues ranging from pensions to supporting firefighters, as well as an annual rally in support of the trade unionists banned in 1984 by Margaret Thatcher at GCHQ. And the TUC’s annual conference only came together each year following his meticulous logistical preparations.

But for Keith, the TUC was more than demos and conferences. He was well aware that trade unionists had cultural ties that integrated them into their communities. This awareness came through in 1996 when he led the organisation of the first Respect festival – the TUC’s anti-racist music event in Finsbury Park, north London. The event attracted 80,000 people. It was later taken over by the London mayor Ken Livingstone. Keith also jumped at the opportunity to take over the Millennium Dome on May Day in 2000; some 34,000 people attended the labour movement’s celebration.

Keith was born in Durham, the younger son of a local government official and a nurse. In 1961 the family moved to Godalming in Surrey, where his father had been appointed town clerk. Keith’s long commitment to trade unionism began two years later, in Guildford, where he was serving a five-year apprenticeship as a hot metal compositor. He had grown his hair long and his overseer instructed him to cut it. He refused – and only the intervention of his union representative saved his job.

He went on to study art and design at Reading University, where he became involved in the occupation of art schools and colleges that followed the occupation of Hornsey College, in north London. At National Union of Students (NUS) conferences Keith was always active and militant, but independent. A tall, strapping figure, he was like a latter-day Viking, with whom one tended not to argue.

His great skill was to apply his art training to his politics. He produced posters, leaflets and publications that were well designed and easy to read. He later introduced a proper house style to the NUS and the TUC. This was revolutionary stuff in the early 1970s student movement, when impenetrable words hidden in messy artwork were the norm.

Keith always worked hard and, although he often looked tired, he carried on until the job was done. A friend described him as “one of those people who made the world work”.

He and his wife Christine were separated, but remained close. She and their sons, Owen and Ryan, survive him.