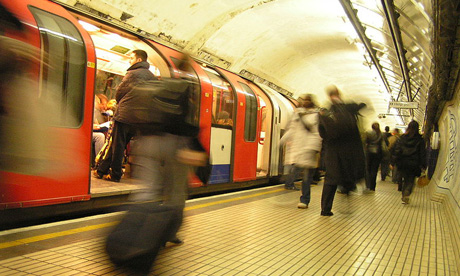 Dan Milmo in the Guardian has described the decision as “A rare setback for employers, who have been using the 1992 Trade Union and Labour Relations Act with increasing success in transport disputes and have averted strikes at British Airways and Network Rail over the past two years by arguing that strike votes did not follow strict guidelines”.

Mick Whelan, the new Aslef general secretary, said: “We are incredibly pleased. We believe this is the right decision. We are very pleased we have won this case, but we regret that we have spent the last two days in the high court instead of sitting around a negotiating table trying to work out a settlement.”

Predictably, LU, rather than trying to settle the dispute said they would consider an appeal once the judge revealed the reasons for his verdict later today.

The ruling means that unless there is a last-ditch resolution Aslef members will refuse to work on 26th December, 16th January, 3rd February and 13th February.

The strikes were called in a dispute over payment for working on Boxing Day and whether the roster for that day should be covered by volunteers. Of the 3,500 drivers employed by LU, 2,200 are Aslef members.