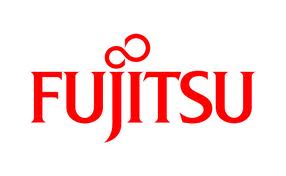 More than 1,000 members of the Unite and PCS employed in Fujitsu will hold joint strike action amid growing discontent with the IT giant. The joint action will take place for 24 hours from midnight on 19th September and involves PCS and Unite members based at various locations throughout the UK.

Joint action will involve 720 PCS members at various locations and 307 Unite members based in Manchester.

The PCS members balloted work on contracts across the UK for DVLA, HM Revenue and Customs, Home Office, Ministry of Defence and Office of National Statistics.

Unite members at Fujitsu’s Crewe site have been taking industrial action since 30 June over the victimisation of union rep Alan Jenney.

In a ballot of PCS members, working on government contracts across the UK 65 per cent voted for strike action in a dispute over a below inflation pay offer and the failure of Fujitsu to implement previous pay agreements. Despite meeting or exceeding its performance targets on these contracts, the company is refusing to increase the pay offer. This will mean rises of between just 1.5 per cent and 2.5 per cent which is an insult to the lowest paid staff, many of whom earn just £13,500 a year – less than what some senior managers receive in annual bonuses.

Unite members in Manchester voted by 85 per cent for industrial action short of strike and by 56 per cent for strike action over a breakdown in industrial relations, breaches of agreements and victimisation of reps. Unite says that the company is breaking agreements covering issues including union recognition, pay, benefits, pensions, redundancy and redeployment.

Mark Serwotka, PCS general secretary, said: “Such a pitiful pay offer to workers, who are paid less than what some senior executives pocket in bonuses alone, is an insult. Our members may work for Fujitsu but they are supporting essential public services, so ministers must recognise they have a responsibility for what happens on behalf of their departments.”

Len McCluskey, Unite general secretary, said: “Unite will not accept any situation where an employer can arbitrarily break negotiated agreements. This dispute can only be resolved through negotiations and coming to an agreement with the workforce. We remain available to talk at any time and urge management to get around the table so we can have a negotiated settlement.”

Unite members in Crewe are also meeting to decide whether they should also take part in the joint action. Although the disputes are separate, the unions have agreed to take action together to put maximum pressure on the company to resolve the issues.

The unions are also finalising plans to work more closely together to boost union membership and organisation across Fujitsu in the UK and Ireland. Earlier this year, PCS and Unite signed a joint national agreement to co-ordinate campaigns and industrial action where possible.