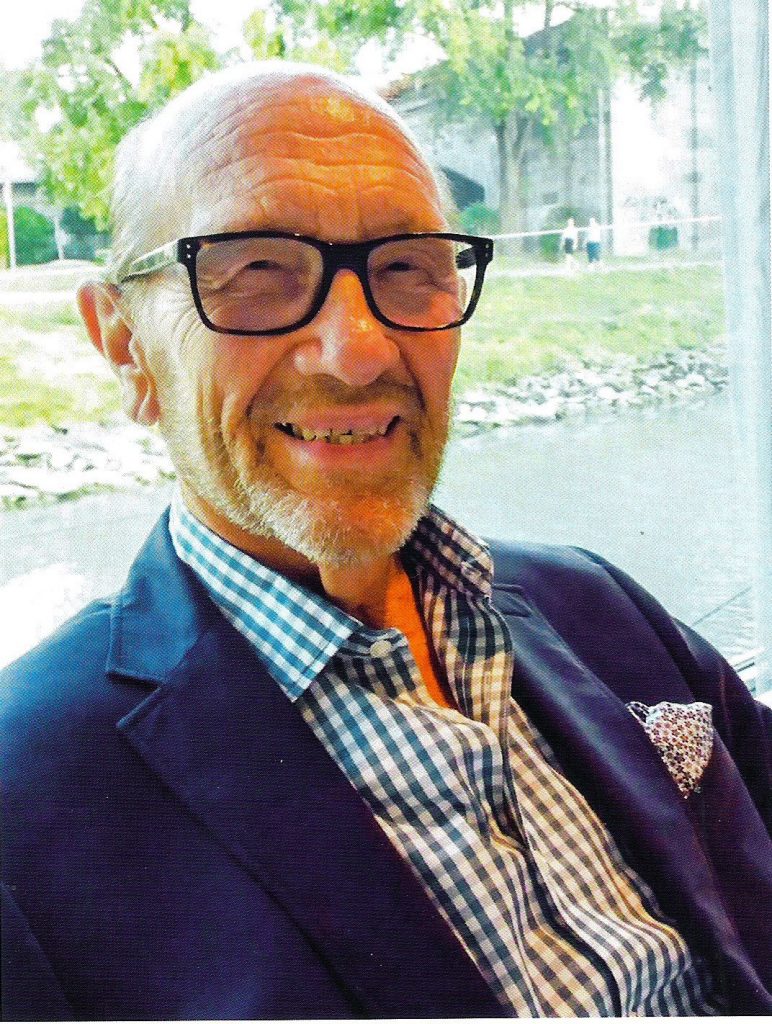 It is a great privilege to make this tribute to John, it has been drawn up with respect, with sadness and love by several of his old comrades as well as myself. The London GPMU Retired Members’ Association and the trustees of the GPMU Charitable Fund also wish to be associated with it.

John Mitchell, a fondly remembered comrade and friend who stood to defend workers in print, in British industry and everywhere when workers were under attack.

His first stint as FOC (Father of the Chapel, or lead union rep) was at Barclay & Fry in London in the early 1960s, then at Thomson Publications and later at the Daily and the Sunday Express.

As FOC at the Express according to one of his former members “John was a bloody good FOC, he negotiated the Pension Scheme and was responsible for implementing the three day week”  – that’s full time hours to you and me, and the pension deal came at a time when very few production workers in Fleet Street had no such comparable conditions!!

From the start, John was a true internationalist, supporting and participating in initiatives for political prisoners held in Franco’s fascist regime, and became the Secretary of the Printers’ Movement for Peace in Vietnam.

He was elected  Assistant Secretary of the London Machine Branch of NATSOPA in 1974, and Secretary in 1976 polling more votes than all the other candidates put together.

John was elected just as the political climate was beginning to turn in favour of an employers’ offensive, determined to roll back the so-called frontiers of socialism.  He gave up smoking when Thatcher’s government was elected – the only positive feature of that fateful day.

As Branch Secretary he headed up, ensured or encouraged support for many struggles with employers, on a variety of issues, including right of reply support for chapels’ protests over lies and distortions printed by newspapers and, notably, engagement of women in the heavy duty jobs in Fleet Street machine rooms.  He led the first hot metal to photopolymer negotiation at a local newspaper.

There were numerous print struggles during John’s period as the Joint Branches’ Secretary in London on jobs, pay, conditions. The Times Newspapers lockout 1978 – 1979 was the most prominent. It lasted 11 months but John oversaw his Branch’s clampdown and re-organization of the allocation of casual work which enabled people to have some work to help keep them going and the outcome was restoration of jobs and rights.  He also promoted good relations with the other print unions to facilitate joint activities during the dispute.

With John’s encouragement and support during the 1970s and 1980s there were many solidarity actions: the imprisonment of the dockers in 1972, when John and others toured Fleet Street calling on chapels to stop work; the Grunwick dispute in 1977 when lies printed in newspapers about the dispute were challenged by chapels, and print union members were urged to attend the picket line; solidarity with NHS workers in 1982 which was the last time Fleet Street was brought to a complete halt.

Relations with the miners during their struggles were strong especially with the Kent NUM. John’s members provided support for most NUM areas, but sometimes a bit of creativity was called for such as when 500 turkeys somehow flew out of Smithfield for the turkeys and toys Christmas appeal.

But his organizational skills were found to be lacking when, on the much publicized food convoy John’s van broke down, only to be subsequently diagnosed as lacking petrol!

Seriously though, John’s organizational abilities were well known, together with his meticulous approach to everything he did. He was well-respected by everyone  even, and I dare say especially, by those who often disagreed with him.

He was kind, considerate and brave, and supportive of colleagues and comrades alike, the only downside was his tendency to use five paragraphs in his many letters and memos when one might have been sufficient.

In 1985 John was elected as national Organizing Secretary of SOGAT. Among his many achievements he initiated a complete reappraisal of the union’s organizing model supporting new recruiting activities, and was also responsible for the creation of the union’s equal opportunities policies, supporting a series of key and ultimately successful equal pay struggles. He remained as a National Officer in the Graphical Paper & Media Union until he retired in 1998.

During those last 13 years in office he helped to steer the union through the sticky problems of achieving amalgamation at all levels of the new union, finding time to organize the fight for justice as a consequence of the Maxwell pension crimes, and several other cases of pension fund swindles.

Let me quote a veteran London Machine Branch member, a NATSOPA: “Last time I saw him, a couple of years ago, at the LMB Christmas Reunion, he was his usual happy self, telling everybody, as he always did ‘that the Express Night Machine Chapel was the best in Fleet Street.”

On a personal level he persuaded me to take more of an interest in Chapel and Union affairs, and I also counted him as a friend.”

This man speaks for us all of us who worked with John.He was indeed a man of warmth, courage and commitment.