IG Metall to begin negotiating for 6.5 per cent wage increase 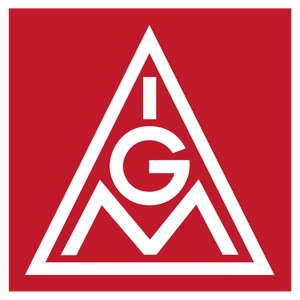 The giant German trade union IG Metall, which covers workers in engineering, automotive, metals and electronics sectors, is set to open negotiations with employers in Germany in the next few days.

Companies such Volkswagen AG, Siemens AG, and Daimler AG who made big profits last year will face a union determined to press for a big pay rise to cover its 2.25 million members.

Union president Berthold Huber, a skilled engineer who worked at coach and bus maker Kaessbohrer Fahrzeugwerke GmbH, now part of Daimler’s EvoBus, before going to university, said: “We ensured stability and didn’t push for the limit last time – in deals reached in 2008 and 2009 – due to the crisis.”

IG Metall sees the situation in Germany as much better than in 2008.

Huber told the Wall Street Journal recently that: ‘The order book is better than the mood”

He says this with confidence, as since the crisis began IG Metall has carried out bi-weekly surveys of companies employing a total of around a million workers.

IG Metall said it plans to lodge a claim for around a 6.5 per cent wage increase from employers.

On February 23rd, the union’s wage commissions, consisting of activists and members at local and regional level put forward proposals, with the main board of the IG Metall having the final say on the claim.  Talks with employers commence in mid-March. The length of the wage agreement will be part of the negotiation.

IG Metall has also made it clear that the spiraling use of agency workers needs to be addressed with agency staff paid less and receive fewer social benefits than permanent workers.

Huber said: “We don’t think temporary employment is generally evil, but terms and conditions have to be fair”.

The union will be seeking to restrict the use and numbers of agency and temporary workers, seeking to turn precarious jobs into full time employment.

Despite high productivity and competitiveness, IG Metall members have faced some serious problems in recent years, such as in the printing-machinery industry, a sector squeezed by the move to electronic publishing, which has laid low companies such Heidelberg AG and Manroland AG who employed armies of highly skilled engineers.

But IG Metall were the architects of a deal with the German government which allowed companies to reduce working hours and salaries for a set period as demand collapsed, with the state making up the shortfall in employees’ income. The deal helped Germany avoid mass redundancies and companies retained most of their skilled staff and were able to ramp up production quickly as recovery began.

IG Metall are traditionally the German pacesetters for the rest of the countries trade unions, and unions throughout the EU will be looking carefully at developments.