How Bob Crow is saving the economy : When unions throw their weight around, the result is more sustainable growth 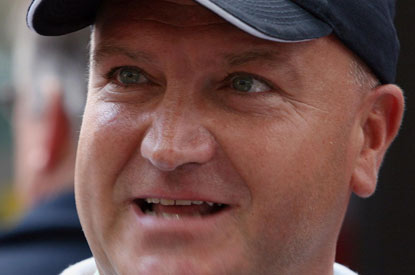 Published in the Guardian on 27th June 2011 by Aditya Chakrabortty

I’ve just been reading about the most terrible man. He’s “demented” (according to London’s mayor, Boris Johnson). He flaunts a “lack of responsibility to society” (Will Hutton in the Observer). And last week he was branded the “most hated man in Britain” and an MI5 agent sent to “destroy the trades union movement from within” (the Daily Mail’s Richard Littlejohn – a columnist who never does things by halves, because he can’t do the maths).

The name of this vile, treacherous rogue? Bob Crow.

Now, there are plenty of days when I run low on Crow-love, as yet another of his RMT union’s tube strikes means getting up at some eyeburningly early hour to wedge myself on to a packed bus. Nor do I share his penchant for Millwall, beer or daft floppy caps. But all that is beside the point.

In the same way that you didn’t have to enjoy Gazza’s blubbing to recognise him as one of the best footballers of his generation, you don’t have to love Bob Crow to see that he is effective at fighting for his members’ interests – not just against Transport for London, but Heathrow Express and a whole bunch of private transport firms. Similarly, if the Westminster classes mean what they say about narrowing the gap between the rich and the rest, MPs have to concede that unions unafraid to use their bargaining power are essential in doing just that. Yet many of the ministers who talk about tackling inequality are this week laying into the teachers, jobcentre clerks and other public servants preparing to strike to protect their wages and pensions.

There’s more to this than fairness; it’s also a matter of having sounder economies. Recent research published by the IMF suggests that part of the reason for the great financial crisis was that workers did not get enough of a pay rise. We’ll come back to that later, but first a quick word on the politics.

In the same way that they are obliged to wish Kate and Will well, frontbenchers of all stripes are mandated to deplore Britain’s wealth gap. Some may even mean it. At a Tory party conference a couple of years ago, David Cameron practically roared from his podium: “Who made inequality greater? . . . You, Labour: you’re the ones that did this to our society.” As for Labour leader Ed Miliband, he was in this paper on Saturday deploring the “arms race” in pay for footballers.

Piles of textbooks have laid out the reasons why pay for the rich has soared, while income for the rest of us has stagnated. Some lay the blame on the increase in world trade, others the spread of new technology. But one thing nearly everyone agrees has been a factor is trade unions, whose decline has coincided with a giant leap in inequality over the past quarter of a century. If workers don’t or can’t exercise their clout, there is little pressure on employers to improve their pay, pensions or working conditions.

The results are stark. Last month, the TUC published a survey that showed pay for middle-income workers in Britain has gone up 56% since 1978, even while national income – GDP – had risen 108%. For the low-paid, the results were even worse: their income had risen a mere 27% over the past three decades. Meanwhile, the highest paid 10% have been the only group to see their incomes rise in line with GDP.

What’s been the impact of that widening gulf? That’s the subject of the IMF paper that I referred to earlier. It looks at what happens when a thin slice of people at the top of society see big rises in their income while everyone else is left behind – exactly what happened in the US both before the Wall Street crash of 1929 and before the great banking meltdown of 2008. The end result, conclude researchers Michael Kumhof and Romain Ranciere, is an almighty crisis.

To keep making healthy returns on their cash, well-off people have to lend to poor and middle-income households so they can keep buying stuff. “The inevitable result is that loans keep growing, and therefore so does . . . the probability of a major crisis that . . . also has severe implications for the real economy.” The credit bubble pops and the resulting mess lands all over the economy.

This is one of the first full-blown studies of the link between inequality and financial crises, and it is explicit that there is one. What’s more, Kumhof and Ranciere argue that the “restoration of the lower income group’s bargaining power is more effective”. Take heed, Ed Miliband: unions throwing their weight around makes for more sustainable growth.

What’s so odd about the current debate on inequality is that everyone deplores it and yet very few will come out and support the mechanisms to tackle it. Perhaps a CEO catching a thought-provoking discussion on Radio 4 will decide to shower his or her staff with payrises. And perhaps one day a plebiscite of turkeys will vote for Christmas.

Ken Mulkearn tracks our pay for a living, for a company called Incomes Data Services. When I ask him about the effect that union bargaining has on wage settlements, he is clear – collective bargaining yields better results. Even amid a slump, he points out that workers in the heavily unionised auto and utility sectors have got some of the best rises.

So there you are: unions with clout lead to better pay and sounder economies. God knows what someone who named his dog Castro makes of his new comrades in Washington, but it’s true: IMF staff say Bob Crow is good for capitalism.