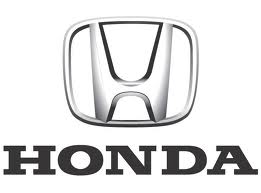 News from Mexico is that the Jalisco Honda plant is completely paralysed,  as over 2000 workers have gone on strike. The workers at the plant began an indefinite work stoppage on 16th April after the company announced a reduction in this year’s state mandated profit sharing bonus.

In addition management of Honda Mexico is refusing to negotiate with the union that the workers want to be represented by, Union of United Honda of Mexico Workers (STUHM), and management continues to negotiate with and recognise the ‘protection contract’ (yellow) union called SETEAMI.

“Our response to this offer is disbelief,” writes the STUHM union in its press release, adding, “the profit sharing should similarly increase – it should at least increase by 60 per cent. Obviously, there is no believable argument to justify the company denying workers a fair profit sharing payment.”

STUHM reports that the workers were so upset by the company’s announcement that an immediate consensus was reached to stop working on the day shift, and that those on second and third shifts would join the strike later. Already 1,500 workers of the approximately 2,400 at the plant have stopped work.

“We believe that the strike is necessary and legitimate in the fight for our workplace rights. We invite you to join us at the plant in El Salto on Wednesday, 17 April 2013 at dawn to be witness to the awakening of thousands of workers in response to management constantly attacking our rights,” writes STUHM.

A worker also died at work last month, on which the company has remained silent to the concern of the workers.