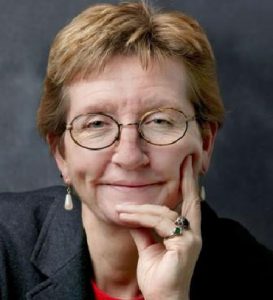 Sarah Veale, a highly respected trade unionist has been effectively dismissed by the Minister of Women and Equalities Justine Greening from her position on the board of the Equality and Human Rights Commission.

Sarah Veale, who was awarded a CBE in 2006 for services to diversity is the former head of the TUC’s Equality and Employment Rights Department.

She has been a member of the Commission since January 2013 and was set to be re-appointed this year at the request of EHRC chair David Isaac, who said he was “very impressed” with her contribution.

Sarah received a letter from Ms. Greening, praising her at length for her work on the Commission, but the sting in the tail was that her “term had expired” and she would not be reappointed.

The EHRC is governed by a Board of Commissioners, who are publicly recruited and appointed.

It has legal powers to intervene in court proceedings and to set up formal inquiries if it has evidence that there is systemic discrimination occurring.

For example, the EHRC recently intervened in support of UNISON in their successful court case to abolish fees for Employment Tribunals; it also conducted an investigation into discrimination against migrant workers in the meat processing industry

Appointments to the board were carried out with independent scrutiny but recently that changed, giving ministers far more control over the process – enabling them to override the recommendations of the recruitment panel.

The Commissioners currently consist of a partner at a law firm, a former director of Human Resources at BT, a diplomat and prison governor, a business consultant, a former fire chief, a law professor, a consultant psychiatrist and a Conservative peer.

The decision of not reappointing Sarah leaves no trade unionist on the Commission for the first time.

Commenting on the decision Sarah said: “There was no reason given for not appointing me. Could it be political? It is hard so see any other reason and it follows a spate of similar decisions. If so, it is not good for our democracy and, if continues, means that public bodies will lose important knowledge and experience and, essentially, the authentic voice of working people.

“My particular contributions to the EHRC have included direct involvement in the important statutory role that the Commission has to monitor the various UN conventions and treaties, to which the UK is a signatory, and to produce reports on how and whether the UK government has fulfilled its obligations.

“These relate to the treatment of disabled, BAME and LGBT people and to women, as well as human rights obligations. The Commission has been critical of some of the current and past governments’ failures, for example, as a result of their austerity programme.

“I have also been involved in the very successful investigation into discrimination against pregnant women at work and ensured that the TUC and unions were directly involved too.

“Although Board members are not able to become involved directly in employment matters within the Commission, throughout the recent dispute between the Commission and the recognised unions I did keep in contact with the unions and ensured that their concerns were heard on the Board”.

A number of trade unionists are taking the view that not only is Sarah’s dismissal ‘political’ – it is another an attempt by the Conservative party to take out trade unionists from public bodies when ever they can.

The Health & Safety Commission (HSE) has reduced number of worker representatives and appointed an employer to one of the places and the Central Arbitration Commmittee (CAC) ignored recommendations of people to join the Committee – and the recruitment panel and took over a year to make appointments.

It is also being seen as revenge for the Unison – Employment Tribunals Fee win in the High Court which caused the Tories massive embarrassment.