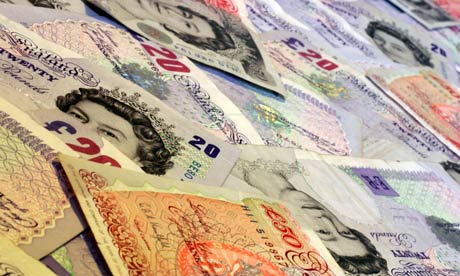 The report titled “Cheques with Balances: Why tackling high pay is in the national interest” says that “During the last 30 years rewards have been flooding upwards, with far more modest returns going to the average employee. Since the mid 1970s, the general workforce’s share of GDP had shrunk by over 12% up to 2008. In UK companies today, the pay gap between bosses and the average employee has grown dramatically. In the last year alone, as economic growth has slowed, executive pay in the FTSE 100 rose on average by 49% compared with just 2.7% for the average employee.

It also debunks the arguments that high earners are needed to halt the drain of talent overseas –  the commission states there appears to be “little truth in the myth”.

“There is now a strong sense of injustice  at the fact that those at the top of our companies continue to reap significant rewards, while the wages of many ordinary workers are cut in real terms and their jobs become more uncertain. Since 2007, a million more people are unemployed, the workless household rate has increased by 5% and nearly a million young people aged 16-24 are on the dole.

The commission found decisions to award huge pay packages are not transparent and are set by a “closed shop”, shrouded in secrecy, highly complex in detail, hidden from shareholders, staff and the public.

The High Pay Commission has set out a 12-point plan based on transparency, accountability and fairness to halt spiralling high pay that is creating inequalities last seen in the Victorian era.

These include a simplification of executive pay; workers and employees on remuneration committees; publishing the top ten executive pay packages outside the boardroom; forcing companies to publish a pay ratio between the highest paid executive and the company median; companies to reveal total pay figure earned by the executive; and establishing a new national body to monitor high pay.

High Pay Commission chair, Deborah Hargreaves, said: “There’s a crisis at the top of British business and it is deeply corrosive to our economy. When pay for senior executives is set behind closed doors, does not reflect company success and is fuelling massive inequality it represents a deep malaise at the very top of our society.

“The British people believe in fairness and, at a time of unparalleled austerity, one tiny section of society – the top 0.1% -continues to enjoy huge annual increases in pay awards. Everyone, including each of the main political parties, recognises there is a need to tackle top pay. That’s why we are saying there must be an end to the “closed shop” that sets top pay and that pay packages should be clear, open and published to shareholders and the public.”

Now stand back and listen to the howls of anguish from the UK’s top earners, with threats to move overseas and limp justification as to why it is important that so-called risk takers and wealth creators get even higher rewards. Watch this space!