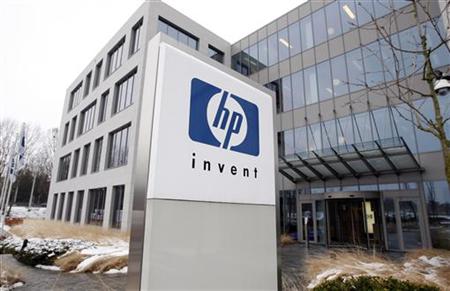 On May 23rd the Information Technology giant Hewlett Packard announced plans to reduce its workforce, with 27,000 jobs to be slashed. In response to the announcement a meeting of the companies European Works Council (EWC) was held in Amsterdam between June 12th – 14th. Since company figures were healthy for the EMEA region and no labour surplus exists in the region, it came as no surprise that HP failed to provide information on which and how sites are to be affected by the 8000-plus job cuts planned across Europe.

According HP unions, the global business and technology services division of Hewlett Packard, Enterprise Services (ES), says about 45% of the cuts are yet “to be determined”.

HP refused the EWC their legal right to be assisted by experts of their choosing thus rendering the EWC meeting “somewhat unfruitful”.

HP management has thwarted every attempt by the European Works Council to reach a compromise. HP wrongfully claims that the EWC agreement, which clearly stipulates “the spirit and the principles” of the relevant EU 1994 and 1997 apply, exempts the company from respecting the European labour legislation.

As of early July, HP began implementing the restructuring plans in the European Union, contrary to its contractual and legal obligations. In France and the Netherlands, the lay-off figures have already been communicated, and, in Spain, lay-offs have begun in the absence of any form of local consultation.

In the face of such an aggressive approach, the HP EWC has decided, by an overwhelming 95.5% majority, to terminate the current EWC agreement with Hewlett-Packard.

HP will now have to commence negotiations for a new European Works Council with full consultation and information rights under the new recast European Directive of 2009.

The European Works Council also decided to sue Hewlett-Packard for non-respect of its European obligations. As the old agreement was signed under Belgian law, the case will be filed with the Brussels’ Labour Court.

Unions say only a decade ago, HP had a positive image as an innovative company which fulfilled its social responsibility. Today, the recent bad press in the USA, namely the “negative governance list” as well as poor financial management are topped off with the open conflict between management and the European workforce.

Unions and the EWC says the stock market driven lay-offs undermine the operational base of HP in Europe and are destined to further damage client satisfaction rates.

Unions in Europe have called on HP to halt its “spreadsheet management” and to return to its roots, which made the company successful: innovation, client satisfaction, people care and social responsibility. Unions also demanded that HP respect European labour legislation and remain open-minded “in order to turn around the announced plans and make HP a better company once again”.

UNI Global Union and IndustriAll European Trade Union and the UK unions have expressed support for the EWC’s decision to terminate the agreement and stands firm behind the EWC in its upcoming negotiations with company management.

Uni and IndustriALL Europe are now mobilising affiliated unions and workers to make sure that HP honours its contractual and legal obligations and bargains in good faith with the EWC.

Uni Global Union and industriAll European Trade Union are launch an initiative towards the European Parliament and contact the European Commission for talks on the current situation of HP in Europe.

For more information, you can contact the trade union coordinator for the European Works Council of HP: Koen Dries, +32 478 566 481 – kdries@acv-csc.b