Guide To Venezuelan Elections This Weekend 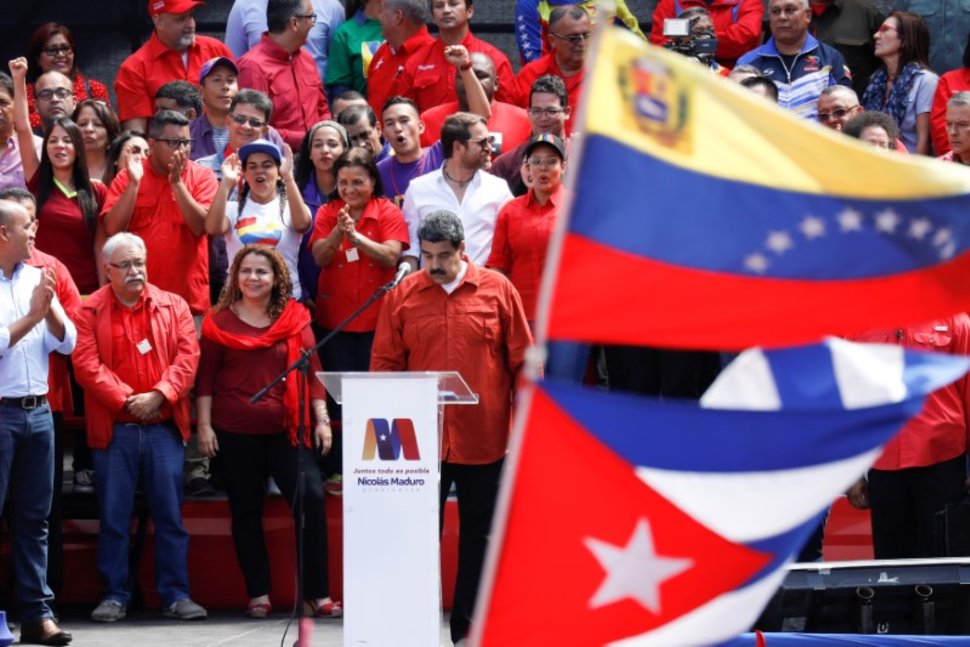 With much of the printed media in the UK and USA already describing the Venezuelan elections being held this weekend as being ‘flawed’, or worse, and stating that even if elected by popular mandate Maduro’s government will be under siege I thought it would be useful for as chair of the Venezuela Solidarity Campaign to set out how the elections actually work and the forces being lined up to denounce the elections without even a vote being cast.

The following article appeared this week in the Morning Star.

Presidential elections will be held in Venezuela this weekend on May 20th at the same time as municipal and regional elections.

Contrary to claims from some who support Donald Trump’s “regime change” agenda in the oil-rich country that Venezuela is a dictatorship, these elections will be the 25th national election or referendum since 1998.

Current President Nicolas Maduro is standing, along with opposition candidates. The most prominent of these is Henri Falcon.

Falcon is a former mayor and governor and, although originally a government supporter, he joined the right-wing opposition in 2012.

He twice backed Henrique Capriles as presidential candidate — against Hugo Chavez in 2012 and against Nicolas Maduro last time.

Five candidates were participating in the election, but this has now dropped down to four with one candidate pulling out to back Falcon.

Seventeen political parties are participating in all the elections, although absent from the contest due to their own decision is any formal candidate from the coalition of right-wing opposition parties known as Mud (Democratic Unity Roundtable), which has decided not to stand.

This is not a unique development. Some right-wing opposition parties have boycotted previous elections when they are likely to lose, including the 2005 parliamentary elections.

Nonetheless, it has been widely reported that a number of Mud-supporting individuals and organisations are breaking ranks and actively backing Falcon.

National Assembly (AN) member Timoteo Zambrano, has created a parliamentary platform called Let’s Change in support of the candidacy, which is also backed by representatives Teodoro Campos and the first vice-president of the AN, Julio Cesar Reyes.

Some Western media have reported opposition parties being banned, but this is simply not true.

What is the case is that, historically, parties are required to register and meet a set of basic requirements to run in an election.

To apply to run in an election, a party needs to show it has the support of at least 0.5 per cent of voters in 12 out of Venezuela’s 24 states.

The validation process is not onerous, compared for example with Florida’s requirement of support from 5 per cent of registered voters.

Other countries, including Germany and Estonia, also have electoral law provisions for parties losing their right to contest an election for non-participation.

It’s also important to understand that it is the National Electoral Council (CNE) that oversees elections and that elections are routinely and widely audited.

Each polling station has a number of stand-alone DRE voting machines. Each citizen is identified by their fingerprints. The touch-screen voting machine, activated only if the fingerprint matches the voter’s ID on the database, provides a printed receipt that is checked by the voter before being placed in the ballot box.

This rigorous system prevents fraudulent behaviour and provides an audit trail to check the results. Since there are two records of every vote it is virtually impossible to stuff or destroy ballot boxes without producing a mismatch between manual and electronic counts.

After the poll closes, the total number of votes cast is checked for consistency with the paper record, the machines are connected to the network to count the votes for each candidate and a number of machines are selected at random for a 54 per cent audit of both paper and electronic results. Finally, an audit report is produced and signed by staff and observers, officially sealed and handed to the military for delivery to the CNE, with copies to the two candidates with the highest votes.

These systems were termed by former US president Jimmy Carter as “the best in the world.”

As well as the usual protocols for conducting elections, discussions between the CNE and all presidential candidates have resulted in agreeing additional guarantees for this vote.

The elections will also be widely monitored by international observers and Venezuelan elections are normally monitored by as many as 150 international observers, drawn since 1998 from organisations such as the Union of South American Nations (Unasur), the Carter Centre, the Latin American Council of Electoral Experts (CEELA) and the Inter American Union of Electoral Councils (UNIORE).

A delegation of Venezuela’s UN ambassador Samuel Moncada and Henri Falcon jointly requested the UN to send a mission to observe. President Maduro has also invited the EU to send a delegation to observe the elections.

Significantly, former Spanish prime minister Jose Luis Rodriguez Zapatero, who recently mediated the talks between the Venezuelan government and the Mud, has confirmed he will observe the process.

While Zapatero’s commitment to supporting democracy and dialogue is welcome, the attitude of the Trump administration is quite the opposite.

The State Department, having from March to June 2017 called for immediate elections, has changed its position following some successes for the Venezuelan government in elections last year and is now calling for the vote to be delayed and saying it will not, in any event, recognise the results.

Falcon himself has dismissed these calls by Trump administration, saying: “The postponement of the elections is not on the table. It’s a soundbite designed to create confusion.”

The US appears to have abandoned belief in the right-wing opposition being able to win electorally, instead favouring intervention and “regime change” and it is considering even more drastic measures than the existing severe economic sanctions.

In light of the US history of intervention, including backing the 2002 coup against Hugo Chavez, it is hardly surprising that polling suggests the majority of both opposition and government supporters in Venezuela oppose the US widening sanctions and support dialogue.

Maduro has said that, if he wins the elections, he “will call a national dialogue for peace with all Venezuelan political forces.”

Whoever wins, it is to be hoped that dialogue prevails and violence to overturn constitutional mandates, including that of the democratically elected president whoever that may be, should be opposed.

You can sign a petition against Trump’s sanctions on Venezuela at vsc.eaction.org.uk/petition/notrumpsanctions.