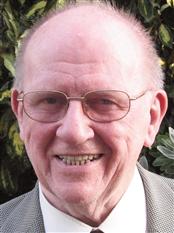 Below is an obituary of our Comrade Gordon Colling written by Geoffrey Hayward, a longstanding colleague at the GPMU (now part of Unite)

Gordon Colling – like many of us – was a product of the times and environment into which he was born. His parents were both Labour councilors and thus he breathed in daily the air of traditional socialist values of compassion, solidarity, comradeship and a belief in the potential of human beings to create and better, more fair and more humane world.

He was born in 1933 into a troubled world. Fascism was spreading throughout Europe and at home, it was six years after the General Strike and the defeat of the miners defeat and three years before the Jarrow March. All of these contemporary events understandably molded the values, and beliefs of the young Gordon Colling.

He hated capitalism – not from any dogma – but, because he considered it inefficient, arbitrary and heartless. He believed that capitalism had corroded British society in the three decades following the Tories success in 1979 and that Cameron’s role model – the ‘Iron Lady’ – and her assertion that there was ‘no such thing as society’ had created a culture of self-centered greed and individualism that heralded in the ‘city spivs’ of the 1980s and the ‘crooks’ posing as ‘bankers’ in more recent years.

Gordon’s life-long association with the print unions began in 1945 as an apprentice with the Sunderland Echo where he worked as a compositor until his time came to do national service in the RAF. He returned to the Echo and immediately got involved in local politics and trade union activities. At 21 he was elected FOC; he became a Sunderland Borough Councillor and served as Secretary of Sunderland Trades Council.

In 1959, he made a life-changing decision to return to full-time education as a mature student and with the support of his wife Janet – won a scholarship to Ruskin College, Oxford where he successfully completed the Oxford Diploma in Social Studies. After Oxford he was appointed to a staff position with the provincial printers union the Typographical Association, based in Manchester, and when the merger took place with the London Typographical Society to form the National Graphical Association in 1966, he relocated with his family to Bedford where the new union’s Head Office was built and became involved in every aspect of the administration and management of the office and its staff.

In spite of his responsibilities, he still found time for local political activity and served as a councilor – and in 1974 became the prospective Labour Party candidate for Bedford.

One of Gordon’s great passions and one of his lasting legacies was the establishment of what was to become one of the best examples of trade union education in the UK. Indeed the NGA became the only union to win one of the coveted National Training awards which was presented to the union in the presence of the Prince of Wales in 1991. Gordon was also responsible for the print industry adopting a new and radical ‘modular’ approach to vocational training which replaced the 350 year old apprenticeship system and proved to be a model followed by many other sectors of the economy.

On being elected National Officer in 1979, his industrial brief was to negotiate wages and conditions agreements with some of the industry’s major employers including the Metal Box Multi national and HMSO. One of his most significant negotiating achievements was reaching agreement with the infamous Robert Maxwell on a ‘Survival Plans’ for the troubled British Printing Corporation which saved hundreds of printers jobs and kept the company open for many more years than anyone would have thought possible at the time.

In the early 1980’s Gordon was given overall responsibility for the NGA’s political work. This was something he took on board with a formidable enthusiasm and determination. He was elected to the Labour Party’s NEC in 1985 and was soon serving on all the major decision-making committees which involved him in the Party’s expulsion of Militant and after becoming the Party Chair in 1995 he presided over the Clause 4 debate which saw the party give up what had always been considered an ‘article of faith’.

His contribution and sheer hard work on the Party’s NEC for a decade – many believed – had ensured him the opportunity to continue to use his experience and energies on behalf of the Party, the unions and working people and their families as a Labour Peer. It was not to be – in spite of not being short of ‘sponsors’, perhaps his unshakable loyalty to the trade union movement and his own union which by then had become the Graphical Paper Media Union (GPMU) had been a little too much ‘Old Labour’ for the Party leadership to swallow. Either way, his exclusion was a great loss to the Labour movement.

On retirement, Gordon, unlike many others, adjusted to serving the community at a local level with the same energy and enthusiasm which he had always shown as a ‘national activist’. He was involved with many associations including the Bedford Racial Equality Council and was a school governor at Westfield Middle School. He became a councilor in Bedford, Leader of the Labour Group, Leader of the Council and the time of his passing he was the Deputy Mayor of Kempton.

He was an unashamed old stalwart of the Labour movement motivated by the values that had been instilled in him in his formative years in the North East. He believed in the intrinsic goodness of people and the potential for human beings to build a world in which the strong would look after the weak, peace would replace war, love would eradicate hate and where people would live – not in competition, but in cooperation irrespective of colour, class of creed.

He leaves a son and daughter by his late wife Janet, six grandchildren and his partner of many years Kay.