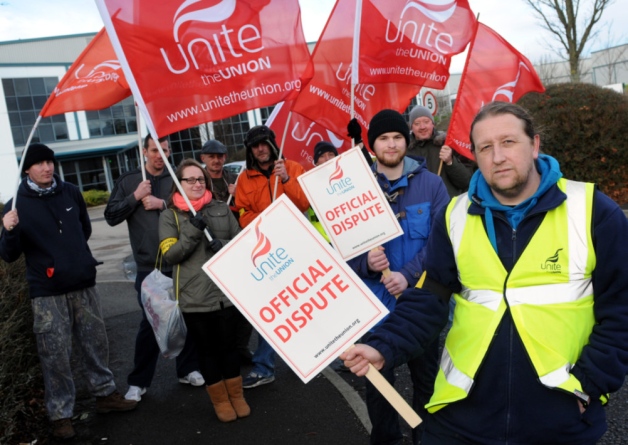 Barbour jackets at renowned retailers such as Harrods, Harvey Nichols and John Lewis could be in short supply over the coming weeks because of a four week strike warned Unite.

The warning came as the union announced that workers at J. Barbour and Son Ltd would be striking from Monday 5th January to Friday 30th January over forced changes to their contracts.

The changes include the removal of the unsocial hours payment and the introduction of a requirement to work until 11 o’clock at night.

The Gateshead company, which prides itself on ‘family values’, was accused by the union of being ‘anti-family’ with its sign or be sacked ultimatum.

Workers on less than the living wage, many with family and caring responsibilities, face being sacked if they don’t sign up to the new contracts by 30th January.

The three week strike follows a six day stoppage earlier in December and will see Unite members striking from 07:30 to 13:00 hours Monday to Friday from 5th January – 30th January.

Unite regional officer Fazia Hussain-Brown said: “Barbour’s sign or be sacked ultimatum is bullying and anti-family. Many of the workers struggling to get by on less than the living wage are the sole bread winner and have family or caring responsibilities.

“For a company that prides itself on ‘family values’ to seek to rail road through cuts and unsocial changes to their contracts is hypocrisy of the highest order.

“The company should not underestimate the resolve of the workforce nor the impact that four weeks of strike action will have on supplies.

“Barbour management need to live up to the company’s ‘family friendly’ values and negotiate a fair deal for its workforce.”