Ford must be a wake-up call for government 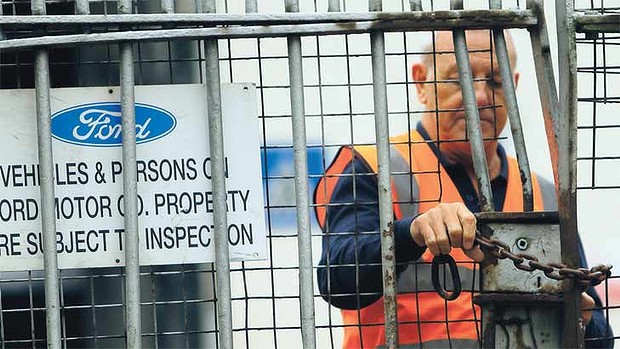 By Len McCluskey, General Secretary of Unite the Union

The true picture of what is happening in the economy lies not in this week’s growth figures, but in the faces of the workers in Southampton and Dagenham. While David Cameron was prematurely boasting of good economic news to come at prime minster’s questions, Ford was readying itself to bring 101 years of vehicle manufacturing in the UK to an end.

After two days’ of nudge and wink to the media, confirmation of plant closures came just as the chancellor smugly spun that Olympic-inspired growth showed austerity was working. Proud men and women with 20 and more years’ experience were reduced to tears as Ford finally announced the closure of two plants at a cost of more than 1,400 jobs. Their futures pulled from under them, skilled jobs thought secure gone forever. In the wider supply chain, retailers, cleaners and communities are bracing themselves for the jobs hit to come.

The closures of the Transit van factory in Southampton and Dagenham’s stamping plant are the latest in a long list of Ford plant closures, which has seen 16 shut in 15 years. It’s the continuation of an exit by stealth from Britain by Ford, unhindered by an inactive government with no strategy for industry.

There is a cruel irony here too. While Ford’s commitment to build a new diesel engine at Dagenham attracted taxpayer cash, it was keeping the closures quiet from the Department for Business, Innovation and Skills. Vince Cable must now surely realise that you reap what you sow: meaningless verbiage about government’s role doesn’t ruffle a hair on the heads of corporates.

Osborne’s “march of the makers” is stomping onwards to countries such as Turkey, where the Transit van – the workhorse of our motorways and still the top seller in this country – will be built from next summer. Would countries such as France, where Peugeot has been offered €7bn in state guarantees to get it through the downturn, have been so complacent? Or Germany, where the government has an active industrial policy and strong employment rights?

The British workforce remains among the easiest and cheapest to fire in Europe, no doubt a factor uppermost in the Ford boardroom’s thoughts when they tried to square the circle of over-capacity in Europe with a loyal customer base in the UK. The dedication of the British workforce to delivering excellence and productivity counted for nothing against the seductive ease with which they could be sacked.

The Tory-led government lauds the private sector, supposed creator of 1m new jobs. But it is a tinkering exercise, with public sector workers re-designated as private sector employees. It will not be so easy to hide the loss of some 1,500 skilled workers and another hit to our manufacturing base.

In truth, the only rebalancing going on is towards part-time, short-term work, a squeeze in living standards not seen since the second world war. This is the sorry prospect facing many of those Ford workers now, many of whom will have given their working life to the company. What hope for them in the “creative industries” that thrive within the M25?

The lesson of this week is not that we are clambering out of recession, but that this is a country stumbling around in, at best, stagnation. There are other choices that could and should be made. A strategic investment bank, powered by the public cash usually used to patch up our decrepit banking system, would be in the genuine national good.

As the country braces itself for winter, desperately looking for better news, Ford’s heading for the door ought to be a wake-up call for this government to start pursuing an industrial strategy that supports manufacturing and promotes jobs and growth.

Additional information: Click here to read Ford Motor Company – Special Call – Transcript of discussions with shareholders. Note the comment about consultation with unions in Belgium and the UK!