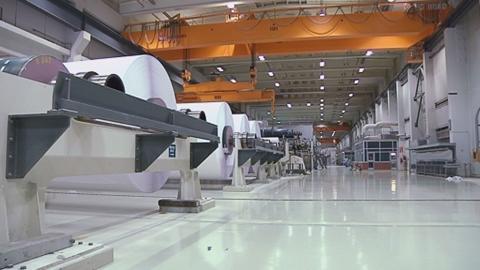 Ammattiliitto Pro the white collar union in Finland, says it is seeking global unity as it begins its third wave of strikes next week, and continues strikes against the intransigent employers of the Finnish Forest Industries Federation (FFIF).

The request also comes after government conciliator was unable to shape a compromise proposal because of FFIF intransigence in official mediation in Finland. It was the third consecutive week that employers failed to resolve a downward spiralling labour dispute by not recognising the unfair job demands on 4,000 clerical, technical, and front-line supervisory personnel.

Because of redundancies and speed-ups over the past several years in the Finnish pulp and paper sector, Pro members are asked to work more without adequate compensation, or without recognition of higher job competencies.

In addition to an overtime ban across all pulp and paper companies, strikes that began on 26th April by 1,500 Pro members are continuing this week at Stora Enso, Metsäliitto, Metsä-Botnia, M-real, and Metsä Tissue and a renewed strike will begin by 1,000 salaried workers at UPM.

That strike will begin at six am on 4th May and run until 06h00 on 7th May. It is the second strike action against UPM – the first one running from 6th -20th April – and production at UPM’s six mills, as well at an administration centre in Tempere and an export facility at the port of Kotka will again be affected.

Ammattiliitto Pro expects employers to try to break the strike by bringing in replacement workers, moving administrative work elsewhere, and to continue to bully Pro members in order to get them to ignore the overtime ban and strike actions.

“Pro appeals for solidarity from workers of UPM-Kymmene, Stora Enso, Metsäliitto, Metsä-Botnia, M-real, Metsä Tissue, and Sappi in other countries not to perform any extra work of the type covered by the strikes, as the companies seek to break the strike by transferring the work abroad,” said the union.

The ICEM is calling workers throughout the world to support Ammattiliitto Pro in this critical dispute in Finland, and to monitor the administrative, financial, services workload in these pulp and paper companies in order to comply with the union’s request.

Back story can be found here.