Nick Clegg has proudly announced the government will make “improvements” to parental leave, allowing fathers to share mothers’ maternity leave. But is this as good a deal as the Deputy Prime Minister wishes to make out?

It’s difficult to take seriously announcements about improved employee rights at work from this government given its record to date. This is made doubly difficult to rationalise when the announcement comes from the Deputy Prime Minister whose ability to deliver promises so far has been woefully absent. So Nick Clegg has proudly announces two additions to the family friendly package, the right for every worker to request flexible working and the right for fathers to share parental leave with the mother (but not till 2015).

He forgot to mention that those employees offered shares instead of rights will not be able to access either of these improvements as they form part of the “shares for rights” package recently announced by the other 2/3rds of the ConDem government.

Perhaps I am being churlish and cynical when on the face of it improvements to parental leave and greater choice of flexibility for workers should surely be welcomed? Of course they should if these were real choices for real workers. But how do single parents benefit from this improved parental leave option? How do those suffering continual pay freezes or reduced pay afford to take the 12 months available for maternity leave when none of it is at full pay and half is without pay at all?

The theory of these proposals is fine and I am sure goes down well in the political bubble that is Westminster. The reality is very different for most workers. How many “enlightened employers” are going to say yes to the request for flexible working? How many ‘protected conversations’ will be had when a father suggests that he is going to take a share of his partner’s maternity leave? Does anyone recall the comment of Francis Maude last month when he announced that flexible working was one of the “generous perks” enjoyed by Civil Servants that should be given up in order to “bring them in line with the private sector.”

And then there is the missed opportunity to actually improve parental leave by increasing paternity leave. Apparently the economic climate (businesses) cannot support this move at the present so that is being placed on the back burner by the DPM for the foreseeable future. Instead fathers will now be able to attend two ante-natal appointments with their partner, providing they can afford to give up two days pay – great!

Nobody is going to be fooled by this attempt by Nick Clegg to present a package, which at best will be welcomed by those professional families able to afford the flexibility on offer where they work for large organisations who probably already offer a degree of flexibility only dreamt of by the vast majority of workers at the other end of the scale. If all this sounds very cynical it is – but I prefer to describe it as realism and no compensation for the assault on individual and collective rights at work which Mr Clegg is party to. 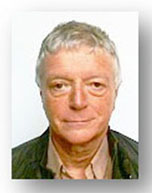 This blog was first published by the Institute Of Employment Rights and is re-published here with the permission of Roger Jeary.

Support the IER and receive free employment law publications  and reduced entrance fees to employment law seminars and conferences by subscribing to the IER.