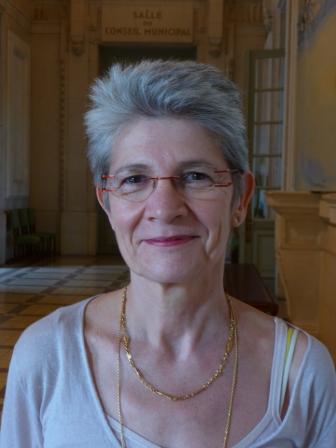 Following the Summit on 28th -29th June, the European TUC says it looks positively on the fact that immediate steps will be taken to reduce the interest rates of those countries under pressure from the markets. However, the proposed measures are insufficient to stabilise the currency, relaunch the economy and reduce unemployment.

The European summit, which has just ended in Brussels, took place in an extremely serious economic context.  Admittedly, urgent measures have been taken to relieve the pressure on Spanish and Italian debt – the European Stability Mechanism (ESM) will support the banks to ease the pressure on sovereign debt. However, the ETUC is not convinced that these measures are adequate to meet the challenges to which the EU must respond in order to regain the confidence of citizens and workers.

Bernadette Ségol, ETUC General Secretary said: “The European Council has taken several measures to provide a breathing space but serious problems still persist. Whilst the banks might be saved, we see nothing that will safeguard wages, social protection and public services. The growth pact does not really offer anything new. Other than an increase in the European Investment Bank’s capital (IEB), all that is foreseen is an improved use of the European funds and the implementation of existing programmes.  Unfortunately, there is nothing to give us any hope that austerity measures will be stopped. These measures have, however, had disastrous social consequences and been economically inefficient. Proposals for banking, fiscal and economic union are on the table. The ETUC will study these in detail and demands, at the outset, to be consulted on developments which will impact on the future of workers and citizens.”

The European Union can only emerge from the spiral of crises in which it is mired by making strong political choices.

Some of these choices directly affect the “common destiny” that binds Europe’s citizens together.Only by strengthening cohesion and solidarity will Europe be able to move out of the crisis.This challenge is being addressed by the European Trade Union Confederation (ETUC).Earlier this month, European trade union leaders unanimously backed a new social compact for Europe.

Such a compact must be based on three pillars – social democracy, in particular respect for collective bargaining, economic governance serving sustainable growth and quality employment, and economic and social justice, through redistribution policies, taxation and social protection.Europe today is caught in the austerity trap. Budget cuts are deepening the recession, the recession is worsening deficits, the deterioration in public finances is prompting governments, under pressure from the European Commission, to strengthen austerity policies.

The vicious circle is complete, the trap is snapping shut. Caught in this desperate spiral, the majority of governments are attacking social protection systems, wages, and labour laws.

The result of nearly three years of austerity policies, deregulation and privatisation is now all too clear – rocketing unemployment, economic stagnation, rising inequality, the emergence of a new class of “precarious” workers and, ultimately, social despair.

This is an explosive cocktail. Leaving aside the social issue, democracy itself is being jeopardised as right-wing nationalists gain ground across Europe.

On the contrary, this new governance must be implemented in order to meet the challenges of sustainable prosperity.It must support co-operation and co-ordination of economic policies and investments that promote a low-carbon economy. It must be part of a clear political and institutional framework which reflects this common destiny, in particular through the creation of eurobonds, a stronger role for the European Central Bank in managing the crisis, convergence and harmonisation of tax policies – corporate tax bases and rates of taxation – rapid implementation of the financial transactions tax, and a much more determined fight against tax havens.

To remain true to the goal of “improved living and working conditions, so as to make possible their harmonisation while the improvement is being maintained”, as laid down in the treaties governing the European Union, this new governance must also ensure quality employment, fair wages, equal treatment and good social protection.Increasingly urgent calls are being made for policies that promote growth.

On the eve of the European Council this week, the ETUC is calling on all actors on the European stage — the Commission, the Council, the European Parliament, as well as national governments, and employers’ organisations, – to engage in this discussion on a new social compact for Europe.