Taken from the Wall Street Journal – written by Matthew Dalton.

The ETUC is opposing as the Competitive Pact as a “dead end”. The direction of social Europe is now being hi-jacked by Germany and France as Julian Priestly outlines in an article published this weekend on Tribune’s website.

BRUSSELS—European authorities believe the euro-zone’s wage-bargaining systems desperately need an overhaul, but they can’t seem to decide what that should be.

Unsustainable wage increases in the weaker euro-zone countries have left their economies uncompetitive relative to Germany and the other countries of the euro-zone core, threatening the debt-burdened economies with years of high unemployment while wages slowly fall. Differences in wage-bargaining systems between the core and peripheral countries surely have something to do with this dynamic.

But what exactly? Euro-zone governments appear divided on the issue as they negotiate a “competitiveness pact” that the currency bloc’s leaders aim to sign at their summit in Brussels on Friday. 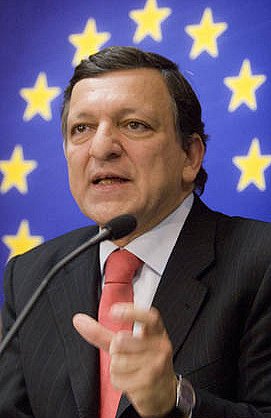 That suggestion, made in a draft version of the competitiveness pact, could fundamentally alter wage bargaining not just in the euro zone’s frail economies but also in the strongest, where wages are set periodically through coordinated negotiations between labor unions, business groups and the government.

The discussion didn’t last long. A new draft of the document circulated this week fudges the language: Instead, governments will pledge to adopt reforms that “adjust the wage-setting arrangements, notably the degree of centralization in the bargaining process.”

A euro-zone official said that language is a “face-saving exercise for those who want to have something on [wages] in the pact.”

Officials at the commission and the European Central Bank have for some time called for wage-setting mechanisms to allow more wage “flexibility.” That means wages in countries with high unemployment should be allowed to fall to levels that lead to increases in employment, and businesses should be able to adjust their labor costs to productivity levels.

Yet, the latest draft of the competition pact doesn’t dare to mention “flexibility”— anathema to many trade unions because it suggests, among other things, that those in work should be easier to fire. Instead, it urges “flexicurity,” a term favored by EU institutions to describe policies that mix liberalized labor markets with the promise of ample unemployment benefits and retraining for workers who get fired.

Economists say decentralizing wage-setting, as in the U.S. and the U.K., would indeed help achieve flexibility. But it probably would also mean much lower levels of labor-union involvement in bargaining. That would be politically unacceptable in many core euro-zone countries.

And politics aside, economists say the centrally coordinated bargaining systems that exist in Germany, Austria, Belgium, the Netherlands and Finland have been particularly effective at preventing wages from rising steeply in recent years, economists say. That is because the unions are able to recognize the economy wide cost of too-high wages and temper their demands accordingly.

There are also mechanisms in these countries that require wages for services—most importantly, the public sector—to follow wages in the export sector, where competition with exporters in other countries tends to moderate the unions’ wage demands. That has helped to keep wages in the public sector under control in core euro-zone economies, while public wages in the peripheral nations soared in the decade before the crisis. 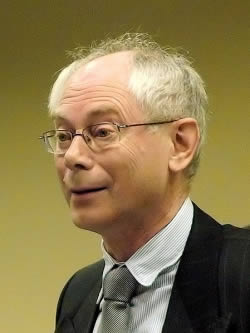 Some of the most important research on wage bargaining has found that systems that are either highly centralized or highly decentralized most successfully moderate wages. Systems that mix the two features, such as Spain’s, however, run into problems, said Lars Calmfors, an economist at the Institute for International Economic Studies in Stockholm who developed the models for this view of wage bargaining.

“If all the grocery stores or supermarkets in a small town raise wages by 10%, you don’t create an immediate problem because your competition is doing the same thing,” he said. “On the other hand it’s just one town, so you don’t take the economywide repercussions into account either.”

In Germany, for example, unions in other sectors tend to follow the wage deals negotiated by IG Metall, the German metalworkers union. Austria has a similar wage-setting process. The Netherlands, which has relatively low union density, nevertheless relies on coordinated wage bargaining, and agreements negotiated between business groups and unions that apply to most workers, even those who aren’t union members. In Belgium, wage talks every two years between labor unions, employers and the government are enshrined in the law.

“This entire ‘deregulate the labor market and your unemployment rate will fall’ argument has been around since the 1980s but no one has ever proven this,” said Bob Hancke, a professor at the London School of Economics. “Going all the way to decentralization is probably impossible anyway.”

Write to Matthew Dalton at Matthew.Dalton@dowjones.com