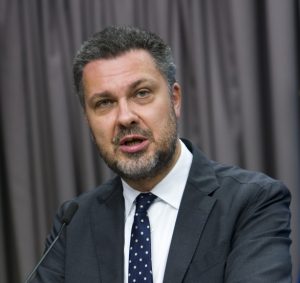 The European Trade Union Confederation (ETUC) believes there is no Brexit that will benefit working people. In the circumstances, we welcome the European Union’s efforts to stop no-deal, guarantee the Good Friday Agreement and avoid a hard border in Ireland.

However, the ETUC is concerned that the deal appears to have further watered down already weak commitments to workers’ rights, although further scrutiny is essential.

“We welcome the fact that there’s finally agreement on how to protect peace and respect the Good Friday Agreement by avoiding a hard border in Ireland.

“But there’s no good form of Brexit and this deal appears to have watered down already weak commitments to workers’ rights.

“Leaving social and employment standards for future negotiations will inevitably mean workers and their rights end up being used as a bargaining chip.

“Business interests are routinely put before those of working people in free trade negotiations and this deal gives no guarantee that this won’t be the case with Brexit.

“This deal shouldn’t be rushed through the European institutions in order to get Brexit out of the way. Clearly a new extension is needed to properly consider its consequences.”