Five years ago an explosion at the transnational Grupo Mexico’s Pasta de Conchos coalmine killed 65 miners who were members of the Los Mineros union.

The bodies of 63 of the 65 miners remain buried in the mine.

Despite international protests the Mexican government has failed to investigate or prosecute those responsible.

Instead the Mexican government has escalated its violent attacks on Los Mineros after it demanded justice and the recovery of the miners’ bodies.

The Mexican government has tried to destroy Los Mineros and to arrest its president Napoleon Gomez on trumped up and unproven charges.

Mr Gomez is currently running the union from exile in Canada, supported by the United Steelworkers.

Other independent unions which have faced attacks from the Mexican government include the Mexican Electrical Workers’ Union UNTYPP which represents staff at state-owned petroleum company Pemex, the National Union of General Tyre Workers of Mexico and the Union of the Autonomous University of Mexico Workers. 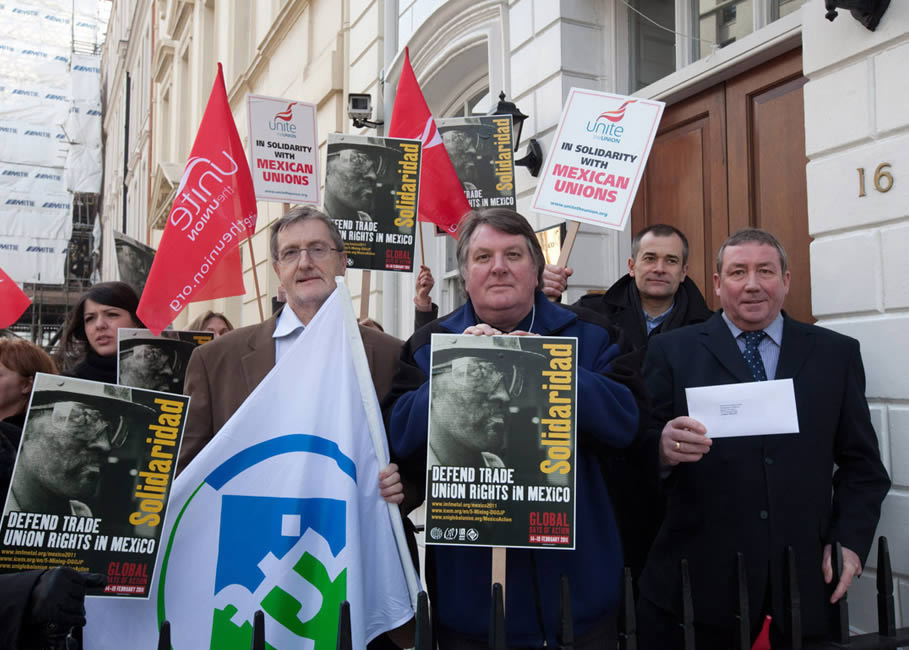 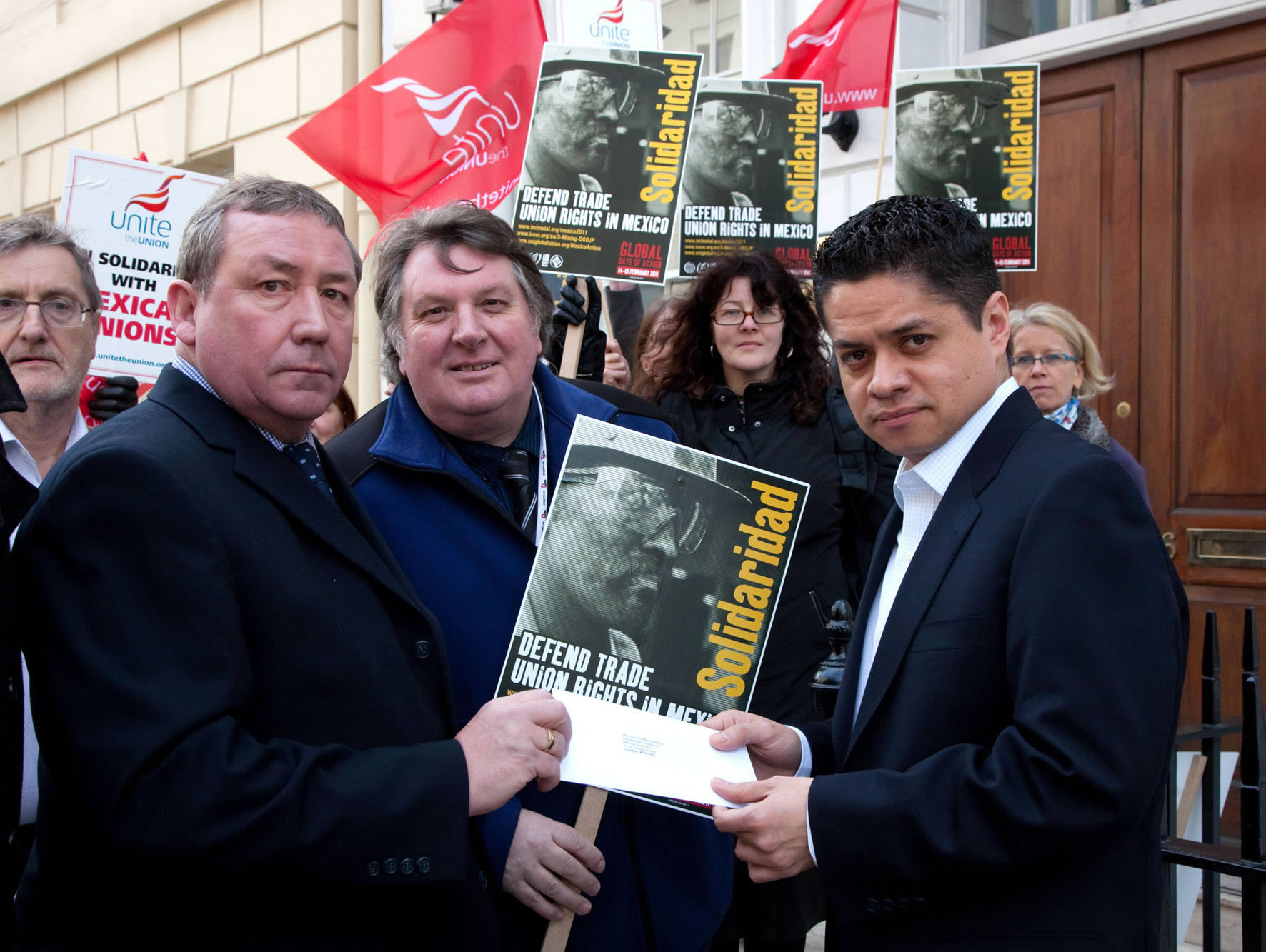