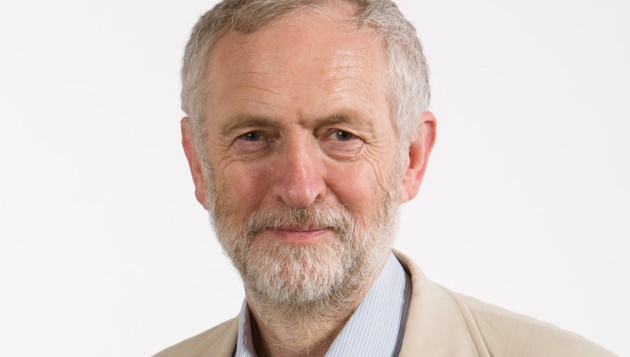 Speaking at the EEF – The Manufacturers’ Organisation Conference today, 20th February Jeremy Corbyn, Leader of the Labour Party, will pledge to stand up to bankers to rebalance the economy in favour of jobs and industry.

He will declare that finance needs “a fundamental rethink” and the next Labour government will make it “the servant of industry not the masters of us all.”

Jeremy Corbyn will also raise the case of Melrose’s attempted takeover of GKN, a manufacturer that employs 6,000 workers in the UK, pledging to “broaden the scope of the ‘public interest test’, allowing Government to intervene to prevent hostile takeovers which destroy our industrial base.”

He will also say that Government is failing business by not providing clarity on Brexit, saying that “with two out of six of the Government’s “Road to Brexit” speeches already delivered, the Tories approach to Brexit is, if anything, less clear.”

On tackling the power of finance to support industry, Jeremy Corbyn is expected to say:

We need a fundamental rethink of whom finance should serve and how it should be regulated. There can be no rebalancing of our distorted, sluggish and unequal economy without taking on the power finance.

For forty years, deregulated finance has progressively become more powerful. Its dominance over industry, obvious and destructive; its control of politics, pernicious and undemocratic.

The size and power of finance created a generation of politicians who thought the City of London could power the whole economy. Out of control financial wizardry and gambling were left barely regulated, while the real economies in once strong industrial areas were put into managed decline.

The welfare state was left to pick up the slack with sticking plaster redistribution to the people and places held back by the finance-led boom in the South East of England.

For a generation, instead of finance serving industry, politicians have served finance. We’ve seen where that ends: the productive economy, our public services and people’s lives being held hostage by a small number of too big to fail banks and casino financial institutions.

No more. The next Labour Government will be the first in 40 years to stand up for the real economy. We will take decisive action to make finance the servant of industry not the masters of us all.

On protecting manufacturers from debt-fuelled takeovers, Jeremy Corbyn is expected to say:

The reign of finance doesn’t stop at the gates of the City of London. Its extractive logic has spread into all areas of life with short-term performance and narrow shareholder value prioritised over long-run growth and broader economic benefit.

Take GKN, one of the world’s oldest and most prestigious engineering firms, which employs 6,000 workers across the UK, contributes an estimated £1.3 billion to the economy, pays a healthy £174 million in tax each year and invested £561 million in R&D in the UK alone.

And yet GKN is currently facing a hostile, allegedly debt-fuelled takeover bid by Melrose, a company with a history of opportunistic asset-stripping.

It’s an all too familiar story, like when Kraft took over Cadburys. A valuable company could be sacrificed so that a few can make a quick buck.

We rightly praise the growth of companies like GKN and their location in the UK. And yet when we are facing the possible destruction of that company, we are powerless to act.

That’s why the next Labour government will broaden the scope of the ‘public interest test’, allowing Government to intervene to prevent hostile takeovers which destroy our industrial base.

On business’ desire for clarity on Brexit, Jeremy Corbyn is expected to say:

The Tories’ approach to Brexit is threatening to turn our skills crisis into a catastrophe, especially for manufacturers that rely on recruiting skilled workers from overseas.
Brexit is for many an emotive subject, but for business, it is first and foremost a practical matter.
To make decisions about where, when, perhaps even whether to invest, you need to know what markets you will have access to, what regulations and product standards you will be subject to, who you will be able to recruit, what will happen to our supply chains, which we all know are currently integrated across borders.

That’s why Labour has from the start taken the practical position of accepting the result of the referendum and insisting the economy must come first. We are leaving the EU but our businesses must not withdraw from European markets. Business needs clarity and with two out of six of the Government’s “Road to Brexit” speeches already delivered, the Tories’ approach to Brexit is, if anything, less clear.