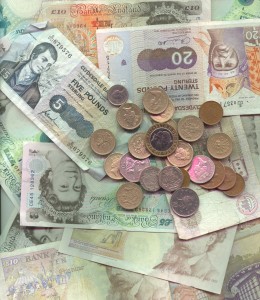 In this repost from an article first posted on the Liaison Committee For The Defence Of Trade Unions website, Barry Camfield argues that a key purpose of trade unions, some might say the key purpose, lays in collective bargaining. Yet collective bargaining coverage of British workers has collapsed to around 30% and falling, from a high peak of around 86% back in 1946.

“The emasculation of Collective Bargaining has been and continues to be deliberate State policy. The Tories under Margaret Thatcher during the 1980′s and 1990′s sought to destroy workers collective power, as expressed through their unions by a series of anti-union laws.  Those Conservative Government anti-trade union laws remain overwhelmingly intact to this day despite intervening periods of Labour Government.

Today, the Tory led Government with its Liberal poodles threaten yet more anti-union laws to further restrict collective bargaining. Staggeringly, today, some 70% of British workers already have no collective bargaining rights in their workplace. They have to rely upon the ‘goodwill’ and ‘generosity’ of their employer, or not,  because as individuals they have no power.

Therefore to win growing and effective collective bargaining coverage in Britain requires the removal of the key inhibitor of that objective, namely current UK State policy, which bars effective trade union action in pursuance of it.

Trade union freedom is our call. That requires the establishment in primary UK Law of the three key principles contained in ILO Conventions 87 and 98, which the UK remains signed up to:- Full Freedom of Association (i.e. the right to strike without the pre-authorisation of the state) The Right to Organise (the right of unions to organise workers in non unionised workplaces without hinderance or victimisation) The Right to Effective Collective Bargaining (the right of workers everywhere to be represented by a trade union in all matters of their employment terms and conditions)

If collective bargaining is the objective, trade union freedom is the strategy. But we have to fight for it. Whilst it is established policy in many unions and the TUC, the Tories, the Liberals, the employers and today’s Labour Party under Ed Miliband, want workers to be in a permanently weakened state. They are opposed to trade union Freedom. Workers in turn, confused about the cause of their problems and the remedy, grow more and more cynical of the current system and we face the danger of the rise of real extremism, not of the left but of the right.

We in the Labour Movement can reach those workers with a message of hope and strength. They should be able to negotiate their pay, their hours, pensions, holidays, sick pay, equal opportunities, training and much more through their union reps, and gain a measure of fairness and justice. Collectively the British trade union Movement will gain greater influence and power over national matters affecting members, whether that be around jobs, pensions or industrial and economic policy. Workers will not achieve justice alone and divided. Trade union freedom is every workers fight!

So lets resolve in 2012 to work with the Unions at all levels, with Labour Party comrades from the bottom up, and with other progressive organisations to win the case for trade union Freedom, leading to the re-birth of British collective bargaining.