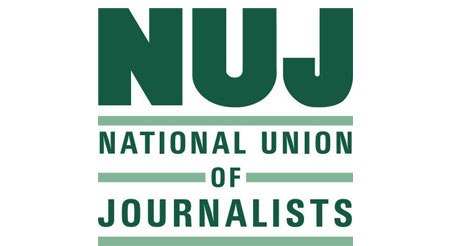 Journalists working for Newsquest-owned titles in Carlisle, Whitehaven and Workington have agreed to take strike action on Thursday 20 December over poor pay.

Newsquest has made more than a 100 people redundant since it took over the CN Group in March and now staff are being made redundant three days before Christmas. This has led to huge workloads for the staff remaining.

Last month the chapel in Carlisle voted for action over the failure of the company to offer any pay rise. They have not had one since 2015 and only two rises in the past 11 years. NUJ members in Carlisle had an 87.5 per cent turnout for their ballot and a 100 per cent vote in favour of strike action; they will also strike on Thursday 20 December.  In Carlisle, trainees start on £16,500, seniors get £20,500, subs £23,500 and the highest-paid reporters, with eight to 30 years’ experience, earn £26,000.

A spokesperson for the Carlisle chapel said:

“Newsquest appears to have a business model based primarily on cost-cutting. Over the past year, the effect of this in our Cumbrian newsrooms has been dramatic. It has driven away most of our most experienced local journalists, whose professionalism and local standing has benefited the company – and our community – enormously. Collectively, their departure represents a catastrophic loss of experience and knowledge. The NUJ in Cumbria believes the journalists, together with colleagues in the commercial departments, are the primary asset of Newsquest’s Cumbrian business. It is illogical for the company, while being prepared to invest in technology, to freeze the pay of its journalists indefinitely, as appears to be the case.

“If this continues, our newsrooms will be populated almost exclusively by junior, inexperienced and transient reporters, destined to move on quickly because they cannot afford to remain in a job where low pay rates confirm they are not valued. Carlisle members have been incredibly patient with Newsquest and were prepared to believe we were dealing with a management which aimed to turn around the company’s fortunes, allowing shareholders and staff to reap the rewards whilst offering a valued and quality to product to readers and advertisers. What we have seen however is simple asset-stripping, with staff treated with contempt and customers treated as collateral damage.

“The reporting team is now less than half what it was three years ago and is expected to work from 7am to 11pm, taking pictures, writing headlines and keeping up with social media, with barely any production staff to direct and check their work, meaning staff can often do little more than cut and paste press releases. This is hardly the independent, dynamic regional journalism which readers deserve, have long supported and surely need more than ever in a world afflicted by fake news.”

After years of hard work on a new pay structure, the chapels in Workington and Whitehaven have at the final hurdle been met by a blunt refusal to recognise the work of senior colleagues. This means that a reporter who has been a senior for four years earns more than a chief reporter. An NUJ chapel spokesperson said:

“Our chapels have tried for more than four years to sit down and negotiate a deal with both CN Group and Newsquest to ensure members are paid consistent with their experience and are rewarded for their loyalty. In this period members have never backed away from their responsibilities, adapted to the continuous changes, increased workloads and pressure. It’s fair to say we feel the company has not taken us seriously and we have now run out of patience.”

“Instead of engaging positively with staff and the union Newsquest has set out to ignore the union, forcing members to leave the building to hold meetings, refusing to follow the terms of the recognition agreements and cancelling meetings at short notice. All this has done is to harden the resolve of members who are a highly-dedicated team of people whose commitment to local journalism is without question. Newsquest’s chief executive Henry Faure Walker promised investment in editorial and to conduct a meaningful relationship with the union. Yet these have proved empty promises.

“There are now fewer reporters since the take-over and Newsquest has shown a blatant disregard for their duty of care to their staff. It is the company’s attitude that has led to members having no choice but to act to defend not only their terms and conditions but also the heart and soul of quality local journalism.  When Newsquest bought the company, NUJ members knew and accepted that there were going to be changes ahead but the massive reduction in staffing and the deterioration in pay, terms and conditions harms the business and shows Newsquest has a total disregard for sustainable, high-quality journalism in the UK.”

Write a message of support for the strikers and send it to the local reps. Please email Workington MoC Fed Bendendo at federica.bedendo@gmail.com and Carlisle joint MoC Louise Green at irebygreens@btinternet.com

Organise lots of email messages to the company, ask your colleagues, branch reps, other trade unionists, politicians and prominent public figures to write to Newsquest – offering support for the strikers, condemning Newsquest’s pay rates and expressing concern about the impact Newsquest is having on quality, sustainable journalism in the UK. Address your polite messages to – CN Group MD Jonathan Lee at jonathan.lee@newsquest.co.uk and copy in Henry Faure Walker at h.faurewalker@newsquest.co.uk and then send a copy of your message to campaigns@nuj.org.uk