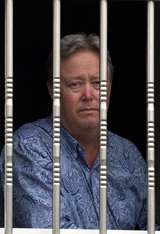 US employer Chip Starnes co-owner of the Florida based Specialty Medical Supplies said yesterday that he has been held hostage for four days at his medical supply plant in Beijing, China by workers following his decision to make 30 workers redundant.

The workers at plant were expecting wire transfers of money by today Starnes said – adding that 80 workers had blocked exits around the clock, depriving him of sleep by shining bright lights and banging on windows of his office.

“I feel like a trapped animal,” Starnes told Associated Press yesterday –  from an office window, while holding onto the window’s bars. “I think it’s inhumane what is going on right now. I have been in this area for 10 years and created a lot of jobs and I would never have thought in my wildest imagination something like this would happen.”

Workers inside the compound have reportedly declined requests for comment, saying they did not want to talk to foreign media.

It is not rare in China for managers to be held by workers demanding back pay or other benefits, often from their Chinese owners, though occasionally also involving foreign bosses.

The action reflects growing a mood among workers about jobs and employment rights amid China’s slowing economic growth .

This entry was posted in International Trade Unions, Media, Solidarity. Bookmark the permalink.