Chavismo Set for Another Election Victory – Will Venezuela’s Right-Wing Coalition Accept This? 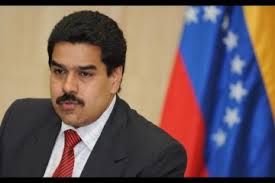 In three weeks time, Venezuelan’s will vote in their first Presidential contest for 15 years without Hugo Chávez. But Chavismo is set to record yet another victory.

The election looks inauspicious for Capriles. Defeated by a Hugo Chávez landslide of 55:44% in last October’s Presidential election, his M.U.D coalition suffered a further blow in December when it lost in five of the eight state governorships it had previously held. Parties in the Chávista coalition won 20 of the 23 states leading the head of the opposition alliance to conclude it “must make profound changes.”

Since then, literally millions of Venezuelan’s have taken to the streets to pay their last respects to Hugo Chavez in scenes that were genuinely historic in scale. These people, drawn from Venezuela’s long excluded poor majority, will be highly motivated to get out and  vote to ensure President Chávez’ hugely impressive social policies, that transformed their lives, continue.

Polls already give a strong lead to Nicolas Maduro, who is totally identified with the Hugo Chávez-initiated political project having been involved in it from the start. A report by Barclays Bank to investors said Maduro had a lead of 14% and that this was an “important edge”.

Faced with an almost certain electoral defeat, how will Venezuela’s right-wing alliance respond?

In the past elements of it has sought to discredit or sabotage the electoral system to justify their defeats.

In close collaboration with Washington, they sought to overturn the democratic will of the people through a violent coup attempt in 2002. Then they tried to oust Hugo Chávez through an illegal blockade of the oil industry in 2003. In 2004, the right-wing opposition attempted to undermine the Chávez government’s democratic legitimacy by refusing to accept the results of a referendum. They claimed the voting machines were tampered with. In contrast, international monitors from the Carter Center and the Organization of American States declared that the voting process had been fair and accurate. Then the right-wing parties withdrew from the 2005 parliamentary elections at the last minute when it became obvious to all that they would be trounced. The EU amongst others criticised this manoeuvre.

From 2006, a different path was taken. Against the backdrop of the global economic crisis, Venezuela’s right-wing coalition sensed new opportunities, contested the elections and accepted their outcomes. It won a constitutional referendum in 2007 and made gains in parliamentary and state governor elections in 2008 and 2010.

But last October’s Presidential election reversed this progress. The Chavista alliance added votes at a much faster rate than the right-wing opposition compared to the 2010 election. December’s elections consolidated this trend.

This appears to have reinforced doubts amongst some on the right of Venezuelan politics about their ability to defeat Chavismo at the ballot box. Now there are ominous signs that a co-ordinated campaign has once again begun to discredit Venezuela’s National Electoral Council (CNE) in order to bring into disrepute the wider electoral process and the likely victory of Nicolas Maduro.

For example, the major opposition-aligned newspaper El Nacional claimed in an editorial last week that Venezuela’s independent National Electoral Council (CNE) is a “permanent obstacle” to free and fair elections in Venezuela. Some politicians have also joined the chorus to discredit the CNE. Diego Arria a prominent member of the opposition launched a baseless assault on it in the international media whilst presidential candidate Henrique Capriles criticised the CNE in the speech announcing his candidacy.

Fears that the ground is being preparing for the non-acceptance of the results were heightened by remarks from US Assistant Secretary of State, Roberta Jackson, who claimed last week that it would be “difficult” to have “open, fair and transparent elections” in Venezuela.

This is despite all the evidence to the contrary including former US president and Nobel Peace prize winner Jimmy Carter calling Venezuela’s election process “the best in the world” last September.

To those who think there can be no smoke without fire, even a cursory glance at the opposition’s record shows a clear pattern of political opportunism in whether it supports or denounces Venezuela’s electoral processes.

Just one year ago Venezuela’s right-wing coalition asked the National Electoral Council to oversee and give legitimacy to its own internal primary elections to choose its presidential candidate. The coalition’s own Executive Secretary described the CNE’s role in this selection as “an excellent indication of the democratic institutions in the country”.

Last September, when the opposition thought that it might win the Presidential election, the Executive Secretary of its coalition acknowledged that voting in Venezuela is secret and secure. On election day itself, Capriles own campaign manager, Leopold Lopez reinforced this on twitter announcing in Venezuela: “the vote is secret”.

Capriles, and other members of the right-wing M.U.D coalition, were happy, too, to accept their victories when they won  seats to state governorships and state legislatures in December and in previous parliamentary, Mayoral and local councillor elections.

In a democracy acceptance of the election process cannot be cherry picked depending on whether you have won or lost.

Of course, many of Venezuela’s right-wing politicians have a questionable history when it comes to supporting democratic outcomes. Two of the candidates in their presidential primaries last year, Diego Arria and María Corina Machado, have been widely reported to have signed recently a petition calling on “the Venezuelan …Armed Forces to restore the Constitution” and “that our Armed Forces… take charge”. Machado signed the coup decree in 2002 that shut down all the democratic institutions and ousted the elected president, whilst Diego Arria denies that these events even constituted a coup.

In contrast, Hugo Chávez and his coalition of supporters have had no fear of democracy as their support rested on delivering for the overwhelming majority. The 16 sets of national elections held under Hugo Chávez’s presidency are testimony to this. That is more sets of elections than were held in the previous 40 years.

All democrats, whatever their view on the record of Hugo Chavez and the movement he created, should hope that Venezuela’s opposition coalition will contest April’s election, and call on it to fully accept the results.

But if the right-wing opposition doesn’t, the reason will be their disregard for the will of the people not any legitimate claims that Venezuela’s democracy is flawed.

This entry was posted in Blogs, Politics, Solidarity. Bookmark the permalink.