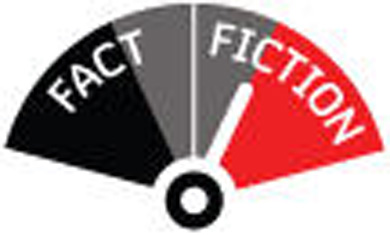 Channel Four’s Fact Check has come out in favour of Unite’s arguments on Employment Rights in the UK after Adrian ‘Barmy’ Beecroft’s report to the Prime Minister said that workers who were “coasting along” and “unsackable” because of UK employment laws. Here is what Fact Check said:

“Much of employment law and regulation impedes the search for efficiency and competitiveness. It deters small businesses in particular from wanting to take on more employees.” – Adrian Beecroft, October 12 2011

“UK workers are already the cheapest and easiest to sack in the European Union.” – Len McCluskey, October 26 2011

Union bosses are apparently on collision course with the government after a leaked document suggested that Conservative ministers are considering watering down the law on unfair dismissal.

The final draft of a report written by venture capitalist and Conservative Party donor Adrian Beecroft was obtained by the Daily Telegraph, which reported that it is “understood to have the support of both the Chancellor and Downing St”.

Mr Beecroft wants to scrap the existing laws on unfair dismissal and make it easier for employers to sack “underperforming” workers without getting taken to an industrial tribunal.

The effect of letting bosses get rid of staff without giving a good reason would be to boost economic growth and create more jobs in the long-term, according to Mr Ashcroft.

Mr McCluskey said it was already easier for firms to sack staff in Britain than elsewhere in Europe and vowed to oppose any weakening of workers’ rights.

Is there any evidence behind either of these claims?

Only two pages of Mr Beecroft’s draft report have been made public by the Telegraph. We can’t vouch for its accuracy.

The Oxford-educated physicist claims it is too easy for workers to take their employer to court and get compensation. The result, he says is that some employees “coast along”, safe in the knowledge that they can’t be sacked, and firms – small businesses in particular – are therefore reluctant to take people on.

There’s little firm evidence that firms are scared of employing people in case they can’t get rid of bad apples.

The British Chambers of Commerce surveyed 2,000 companies who employ fewer than 10 people, and 39 per cent said they found the rules around dismissal “fairly or extremely burdensome”.

But none of them actually said that they were scared to take people on as a result of the law. Most companies said health and safety law was more of a burden than dismissal, and the very smallest employers said they were less worried than the slightly larger ones, contrary to Mr Beecroft’s concern that sole traders and family firms are particularly scared of the law.

The Chartered Institute of Personnel Development carried out a survey of larger employers in March this year and found that only “a handful” (5.7 per cent) said the possibility of having to deal with unfair dismissal claims had discouraged them from recruiting.

While there’s nothing new about the basic principle that deregulating the labour market may ultimately create more jobs, economists disagree about the details.

Research led by a senior economist at the International Monetary Fund looked at data from the OECD countries over 14 years and found evidence that cutting regulation can indeed increase employment dramatically.

But the researchers found that piecemeal reforms were unlikely to succeed: only a country with average levels of employment regulation that made a concerted effort to liberalise its employment laws across the board could expect a significant boost for jobs.

Why won’t that work in the UK? Well, as Len McCluskey says, we already have some of the most lenient employment rules in the world, and tinkering with the law on unfair dismissal won’t change the overall picture that much.

OECD indicators of employment protection from 2008 show that the UK has the third least-regulated labour market of all 30 member states surveyed, including most of the world’s leading economies.

Only in America and Canada do employers enjoy a lighter regulatory burden, according to 21 measures of how easy and expensive it is for companies to lay off their staff.

The European Trade Union Institute says only 33 per cent of the UK workforce are covered by collective bargaining agreements – deals that allow groups like unions to negotiate en masse on wages and working conditions. That’s half the EU average and the smallest percentage in Western Europe.

The Federation of European Employers, which gives its members detailed information about employment regulations across Europe, concludes: “By continental standards, the UK operates a highly liberal labour market with the minimum of legislative intervention and administrative ‘red tape’.”

So it would appear that UK businesses are already enjoying a competitive advantage over their European rivals, but that isn’t translating into better growth rates and higher employment.

The Beecroft study as it appears in the Telegraph contains little in the way of factual evidence as it stands, so it’s difficult to support the venture capitalist’s assertions that a change in the law on unfair dismissal is needed.

We don’t want to be unfair to Mr Beecroft, and it may be that if his report is made public in its entirety, we may need to revisit the argument.

As things stand, his case looks weak but the unions have a strong case when they say that British workers are easier to sack than almost anyone in the developed world.