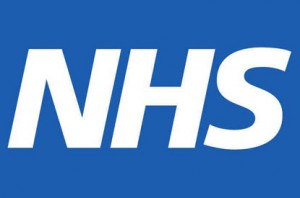 The Prime Minister’s PR rhetoric on NHS reforms can’t disguise the flaws with the proposals and its unpopularity with the public, Unite has said.

Unite, which has 100,000 members in the health service, said that the proposals to reform the NHS – due to be unveiled in the Health and Social Care Bill this week were politically, economically and professionally flawed.

Unite was commenting as David Cameron was due to give a well-trailed speech on public reform and following a letter in The Times from Unite and other health care organisations warning that the effects of the reforms were ‘potentially disastrous.’ During the interview Cameron let it slip that he thought the NHS was ‘second rate’. He corrected himself and used the term ‘second best’ but the damage was done!

‘Politically, these plans were never voted on by the electorate in May, when the Tories promised there would be no major reorganisation of the NHS. Now they are intending to introduce a bill to Parliament that is five times greater than any previous NHS bill put before MPs. This is just a continuation of the Maoist revolution that Vince Cable warned about before Christmas. Unnecessarily tampering with the NHS is extremely unpopular with the public – all the PM’s PR spin can’t disguise this fact.’

‘Economically, the reforms of the NHS will cost about £3bn to implement – creating new unwanted bureaucracies with money that should be directed to patient care. The only people to benefit will be the private healthcare companies which will gobble up lucrative NHS contracts.’

‘Professionally, all this turmoil will hit patient care as the NHS becomes fragmented under the weight of private sector involvement and the coalition’s so-called £20bn of efficiency savings start to take their toil. There is clear evidence from research by economists at Imperial College that price competition in healthcare is damaging.’

‘There is a danger that these plans will be as incoherent as the Big Society, but far more risky for the public’s health. And however much the PM protests this is not all about ideology – there is nowhere in the world where health outcomes improve when the service is marketised. The sole reason they are dissecting the service is to pave the way for private provision.’

In the letter to The Times, Unite and five other health organisations, said: ‘Furthermore the sheer scale of the ambitious and costly reform programme, and the pace of change, whilst at the same time being tasked with making £20 billion of savings, is extremely risky and potentially disastrous.’

UPDATE: The NHS bill unveiled on January 19th is a charter for private profit at the expense of patient care, said Unite. Commenting in the wake of reports that the Tories have been bankrolled to the tune of £750,000 in donations from private health care firms since David Cameron became leader in 2005.

Unite said that the Health and Social Care bill – the largest piece of health legislation since the NHS’ inception in 1948 – would make services for patients become more remote as the planned GP consortia, due to control most of the NHS budget from 2013, became fewer in number, but serving a wider area.

Unite’s national officer for health, David Fleming, said: ”It is clear that one of the biggest influences on Tory ideology regarding health policy has been the massive and insidious lobbying by the  private healthcare companies, which have opened their chequebooks for David Cameron big-time.

”How can the 68 year old women in Birmingham waiting for a hip replacement operation trust that the Tories and their Lib-Dem allies have her best interests at heart when it is the private healthcare companies, greedy for profit, who have the ear of the prime minister and his health secretary, Andrew Lansley? This is crunch time for MPs to decide which side they are on.

”The bill is a charter for private profit at the expense of patient care and should be strongly resisted. The public – and that includes those on the moderate wing of the Conservative party – needs to wake up to the scale of the changes proposed.

”The GP consortia, the supposed vanguard of this so-called reform programme, will be juggling financial decisions with the help of the private healthcare companies they will buy-in, versus the needs of their patients – this is a stark conflict of interest. Patients should always come first.”

Earlier this week in a letter to the Times, (see above) Unite and five other health organisations, warned that: ‘The sheer scale of the ambitious and costly reform programme, and the pace of change, whilst at the same time being tasked with making £20 billion of savings, is extremely risky and potentially disastrous.’