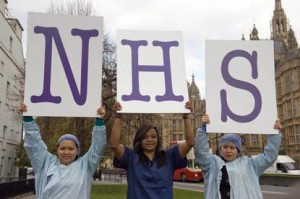 David Cameron’s defence of the plans to reform the NHS are unravelling as a recent survey revealed that only one in four people support doctors using private companies to provide NHS services.

The survey of almost 2,000 adults for Unison showed that half were opposed to the move, including 56% of Liberal Democrat voters.

The YouGov study also showed that half of those surveyed were against GPs employing private management groups.

Unison general secretary Dave Prentis said: “This Bill is heading for trouble. The YouGov poll shows a clear split between Lib Dem and Tory supporters. There is very weak support from Tory voters and clear opposition from Lib Dems.

“The fact is there is very little support for this Bill from anywhere. Many GPs are opposed to it, as are patients, NHS staff, clinicians, charities, think tanks, MPs and unions. The Government’s vanity project is undemocratic, unaffordable and unnecessary.

“The NHS is already under severe financial pressure because of Government demands to make £20 billion in so-called efficiency savings.

“This titanic reorganisation threatens to sink the NHS. The Government should step back from the brink and pronounce this Bill DOA – dead on arrival.”

Unite said it understood that the Bill could begin its Standing Committee stages as early as Thursday of this week, leaving little time for MPs to get to grips with the “enormity” of the proposals.

Unite said the Bill will hasten the privatisation of the NHS, claiming that the legislation is heavily weighted in favour of private companies when they come into competition with the current NHS.

Unite has repeatedly warned that the Government’s proposals will speed up the demise of the NHS’s universal service, free at the point of delivery and cherished by the public since its founding in 1948.

Gail Gartmail, Unite AGS said: “This Bill will destroy the NHS. It will allow NHS staff, skills, buildings and resources to be snatched by profit-hungry companies. It will shove NHS patients to the back of the queue as private greed will leapfrog health need every time. It will open up huge ravines of inequality in our communities as GP businesses close their doors to those with costly care needs.

“It will encourage the sort of bloated rewards for the health privateers we see at the top end of banking; do we really want the values which have shamed the City tainting our health service”?

“The checks and balances in this colossal Bill are few and far too flimsy for change of this magnitude. Our Government is abandoning a 60-year role as the provider and protector of quality healthcare for all. It is fully intending to force the NHS to swim with the private sector sharks while it rows off speedily in the other direction.

“All this will be done without a shred of evidence to prove that it will improve the health of a single patient.

“Nobody wants this Bill – not the professionals or the patients. This is shameless state-bashing by the Government. It is a shocking misuse of their power, it will cause misery for needy people and it must be stopped.”

Update: Most doctors disagree with reforms