Budget 2014: The government is sitting on its hands instead of supporting British industry 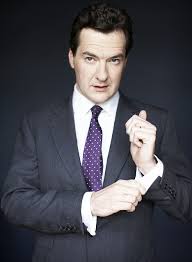 You could be forgiven that because of George Osborne’s ‘march of the makers’ we are well on the way to manufacturing nirvana.

Yet it’s only the automotive sector that seems to have the mileage.

In the budget on Wednesday the chancellor will no doubt try to take credit for the 1.5 million cars rolling off UK production lines each year. He will hail a resurgent motor industry and a manufacturing renaissance, to which we have to doff our caps to him.

But to do so would be wrong and overlooks the role of the workforce and my union in working with employers to secure the future of the car industry. It would also fail to recognise that the UK’s manufacturing base is still weak; manufacturing output is still around nine per cent behind its pre-recession peak.

Unbalanced and lopsided, the ‘recovery’ is dominated by the service sector and an explosion of underemployment and low paid and low skilled jobs. Manufacturing accounts for just a tenth of the UK’s economic output, with business secretary Vince Cable’s aim to raise this share ‘to the mid-teens’ over the next five to 10 years looking like a pipe dream.

Even with the car industry motoring ahead in investment and creating jobs, manufacturing employment is barely higher than three years previously. The ‘march of the makers’ is ringing hollower with every step. Investment across the sector remains stagnant and the UK’s capacity for growth deteriorates as Osborne cuts rather than invests in growth.

The whim of the market will not rebalance the UK to a nation that makes things rather than consumes things. We need to unlock the £500 billion cash hoard that big corporations are sat on and release the skills of tomorrow by investing in apprenticeships and young people.

The ministerial rhetoric also needs to be backed up with action. Why not take a leaf out of Germany and France’s book, support British industry and pursue a policy of ‘made in Britain, bought by Britain’? Or how about create a British industrial investment bank like our friends on the continent with the financial clout to invest in industry and infrastructure?

£200 billion is spent by the government and public sector agencies each year on everything from planes and trains, to police cars, ambulances and fire engines, not to mention the beds and instruments used by the NHS. A recent Unite survey found that 72 per cent of all police vehicles were built outside the UK, a situation that would not be allowed to happen in France or Germany.

This massive amount, more than the GDP of the Czech Republic, should be harnessed by the government and used strategically to create a balanced economy and boost growth,  jobs and increase tax revenues.

Yet the government sits on its hands and makes short-term decisions. Excusing the farce of the Bombardier Thameslink contract on a selective interpretation of European Union directives, it ignores its ability to ‘buy social’ and looks only for the cheapest option.