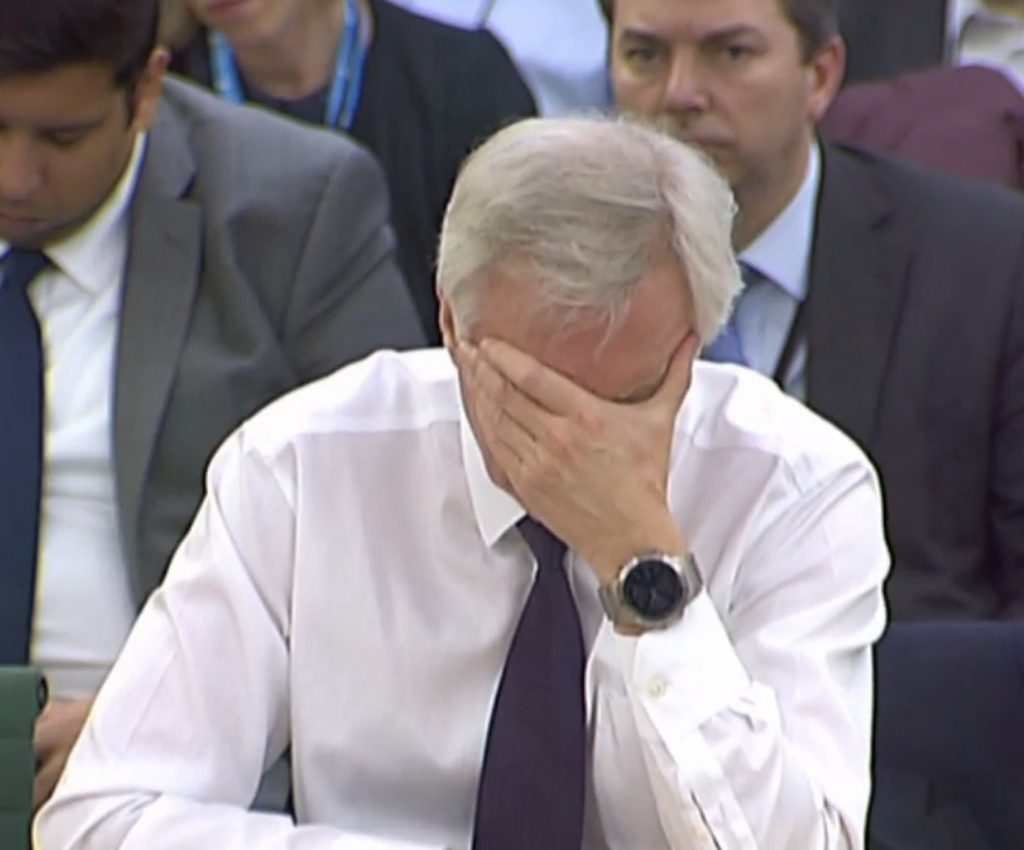 Unite has said David Davis has “deceived Parliament and the public”, after the Brexit secretary admitted the government has not carried out assessments of the impact of leaving the EU for different sectors of the economy.

Davis, who previously said the reports existed in “excruciating detail” and refused to publish them on the grounds that they would give away the government’s negotiating position, was forced to make the admission to the Brexit select committee on December 6th.

“There’s no systemic impact assessment,” said Davis, who went on to explain that the analyses regarding “about 50 cross-cutting sectors (and) what is going to happen to them” that he had spoken of in September 2016 were never carried out.

The studies conducted by the government and subsequently handed over to the Brexit select committee do not in fact contain a “quantitative economic forecast of outcome”, Davis said.

“That is not there. We haven’t done that,” he admitted.

The revelations came after Unite was told in a Freedom of Information Request in July that the government “has carried out extensive and diverse engagement with hundreds of businesses of all sizes across the UK on the potential implications of our withdrawal from the EU”.

Unite assistant general secretary Tony Burke said: “David Davis has deceived the public and Parliament. He has repeatedly said that the government has carried out 51 sector assessments, while Unite was told in no uncertain turns that it had spoken to hundreds of business on the potential impact of Brexit.

“But this morning Davis admitted there is no ‘systematic impact assessment’ on the economy. Manufacturing companies and our members in particular will be horrified by this admission. It is frightening that the Tories don’t know what their Brexit plans will do to the economy and it beggars belief that Davis would spend so long obfuscating the truth by pretending the documents he’s tried so hard to hide contain ‘sensitive materials’.

“It’s time for the Tories to recognise that the game is up. This week’s failed negotiations over the Irish border prove Theresa May has absolutely no control and today Davis has made it abundantly clear there is no Brexit strategy. For the sake of the country this floundering government must step down before it does irreparable harm to the country.”