Brexit is a warning shot: time to abandon ‘business as usual’ in trade talks and we should start with CETA 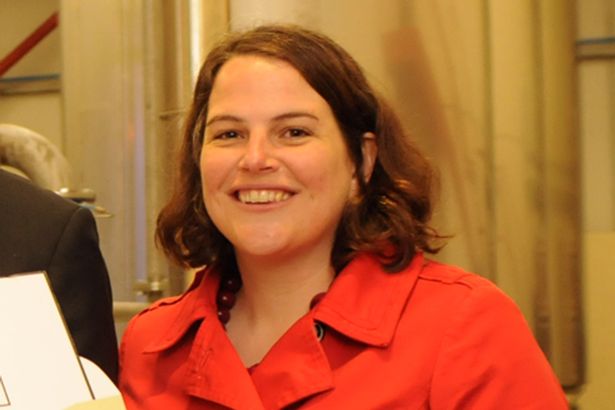 After the intensity of the EU referendum campaign with all its highs and lows, and a proper summer break to recharge empty batteries, the UK’s MEPs will be heading back into the European Parliament next week. Many questions remain over how the vote to leave the EU will be dealt with by the UK government and Westminster, as the vote on the 23 June was only the start of a long process not the end.

In the meantime, the world around us keeps turning and our work representing the UK’s interests within the EU continues. For me, as a member of the International Trade committee, this autumn will be particularly challenging as key decisions will be taken on a series of concluded EU free trade and investment deals (e.g. with Canada, Vietnam and several African regions).

Parliamentary recesses are useful times to catch up and reflect. Talking with constituents over recent years about their views on the EU, and inevitably their perceptions of what is wrong and right with it, is a key means of gauging public opinion. My home region is an export region, with a trade surplus and proud manufacturing and services base. Trade is part of our DNA. However, in my personal experience of discussions on thousands of North East English doorsteps, for many people the referendum offered a means to address a deep malaise about the impact of globalisation locally, and resentment that its benefits are unevenly shared.

Others abroad cannot watch complacently. The UK’s Brexit vote is not as a unique phenomenon but a symptom. This social unease is finding voice in political populism across Europe and around the world, most clearly in the rise of politicians calling for the brakes to be applied to economic and social change, and EU cooperation. All politicians should be reflecting on what this means for global economic relations, and I believe that ‘business as usual’ is impossible in the current circumstances particularly in the case of EU trade policy.

We potentially face an impasse if trade negotiators do not change tack. Global trade urgently needs effective rules. Balanced and fair trade agreements at multilateral and bilateral levels are a means to reregulate globalisation. Rules can make the difference between competition and cooperation globally which supports good jobs, innovation and quality, or supply chains that increase human and environmental exploitation. Rules matter. However, public trust is rock bottom levels making this necessary rule-making politically very difficult.

Greater democratic scrutiny of trade negotiations is now a necessity. Trust will only be gained through a change in substance and transparency. Ultimately, today MEPs have a rather blunt power to accept or reject EU trade deals, but this has been used effectively to create greater leverage during recent trade negotiations. Greater parliamentary scrutiny at EU and national level may make life difficult for negotiators, but is the only means of guaranteeing their efforts are not futile and opposed by public opinion.

Reform of trade policy is possible. Concerns about negative economic competition motivated the inclusion of social cooperation both in intra-EU treaties and through social clauses in EU external trade deals from the 1990s onwards. The latter were set out as a ‘red-line’ for EU external trade negotiators in 2006 by the ‘Global Europe’ strategy. Sustainable development (through labour rights and environmental protection) was set to be made enforceable not just aspirational, with efficient monitoring and credible deterrents. However, this concrete commitment has gradually been downgraded to an aspiration with few binding conditions nor adequate monitoring and enforcement in EU trade deals.

There is a striking difference between the lack of enforcement of minimum binding labour standards in recent EU trade deals, notably with Canada, and the inclusion of controversial and opaque legal systems to privilege and protect corporate investors.

In the case of the Canadian Comprehensive Economic and Trade Agreement (CETA), following MEP criticism and public opposition to the controversial system of Investor-State Dispute Settlement (ISDS), the European Commission asked the Canadians to reopen closed negotiations to amend these provisions. The renegotiated CETA text is better than the original CETA but still proposes a reformed ISDS system which still offers greater rights for multinational companies over domestic players. Meanwhile, MEPs have also consistently called for binding and enforceable labour rights but even in a supposed ‘gold standard’ agreement with a progressive country and advanced economy, this is lacking with no appetite for revision. What signal is sent to other partner countries? If the EU and Canadians are not willing to offer gold standard protections for their own workforces, how can such commitments be leveraged from those who violate these basic rights. Nothing shows the inequity of our current trade deals as clearly as the rights bestowed to workers versus those granted to international capital.

This autumn’s political decisions pose a particular vantage point for UK MEPs, as an ‘insider-outsider’ perspective creeps into the mix. UK MEPs are deeply conscious that other countries MEPs will scrutinise and have a final say over a future UK-EU trade agreement, while at the same time we must undertake the parliamentary scrutiny of ongoing EU trade negotiations for which we are elected. However, it is also important opportunity to send political signals about what a future UK trade policy should look like.

The public will remain distrustful of trade policy whether negotiated in Brussels or Westminster until fairness and transparency is engrained. This must now be the priority for all negotiators and parliamentarians alike.