Brazil Solidarity Initiative Statement : Bolsonaro & The Destruction Of The Amazon

We condemn Bolsonaro’s destructive plans for the Amazon, and the huge increase in illegal logging and mining since his inauguration. At the time of the rise of the far-right in Brazil, Bolsonaro’s close links to Brazil’s huge agricultural lobby were well known. The levels of destruction that we are witnessing today are a direct result of his presidency.

The Amazon rainforest is a vital environmental resource, it’s destruction will not only have hugely damaging ramifications in Brazil, but around the globe as we look to Governments to tackle the climate emergency. 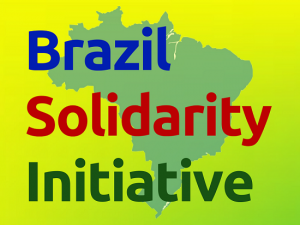 We call on the international community to challenge Bolsoanro’s agenda and to recognise that without the coup against the elected president Dilma Rousseff in 2016, and the political persecution and jailing of Lula da Silva, the far-right would not be in power today.