BIS slips up on tribunal hearings – the wonder of Wollies! 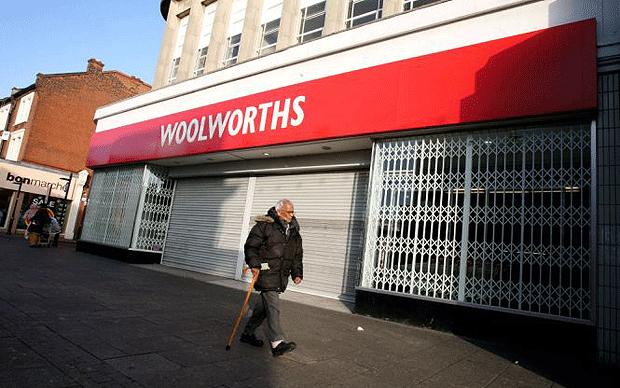 In an important development related to the requirement of an employer to consult on redundancies, a red-faced Department For Business, Innovation and Skills (BIS) has requested permission to appeal against the recent judgment by the Employment Appeal Tribunal in the case of USDAW v Woolworths.

The EAT ruled that collective redundancies need not be “at one establishment” for there to be a requirement for the employer to consult.

It appears that BIS may have slipped up because it failed to attend the Tribunal hearings.

The world famous department store finally closed its 807 UK outlets in January 2009, with over 27,000 workers losing their jobs. The shop workers union USDAW brought the legal case to help protect workers who lost their jobs when the company went into insolvency.

In his judgment of 2nd July 2013, EAT judge Jeremy McMullen said the words “at one establishment” should be deleted from the law requiring organisations to consult with employees when 20 or more redundancies are taking place in a 90-day period.

But a BIS spokesperson said: “We have applied for permission to appeal and are waiting for a decision. The reason for appealing this judgment is that in reaching its decision we think the EAT has got the law wrong and it is our view that the decision will have wider implications.”

In the judgment transcript, Judge Jeremy McMullen made the powerful point that BIS attended none of the proceedings – nor did it send representatives: “It was said by the Insolvency Service that the secretary of state would not attend or comment ‘as he has nothing to usefully contribute about the consultation process between the parties’. That was his stance at the Woolworths employment tribunal hearing. It appears, sadly, to misunderstand the legal issue in these appeals and its importance.”

The eminent employment law expert Professor Keith Ewing commenting on the BIS appeal argues: “What has happened here is that the EAT has at long last realised that since 1975 the United Kingdom has failed properly to implement the Collective Redundancies Directive and has done something about it.”

“The Directive is clear enough – the information and consultation provisions should apply where ‘dismissals (are effected) by an employer’, having regard to the numbers to be dismissed overall, ‘whatever the number of workers normally employed at the establishments in question’.

“The gratuitous requirement of UK law that the legislation applies only where 20 or 100 employees are to be dismissed at a particular establishment is not consistent with the requirement of the Directive, and has the effect of excluding the Directive altogether, or reducing the period of consultation when the maximum period of consultation should apply.

“The classic example is the retailer who makes one person redundant in each of 100 department stores – no duty to consult at all because all employed at separate establishments.

“For a full unexpurgated account on this specific point making an argument similar to that accepted by the EAT in Woolworths, see Collins, Ewing and McColgan, ‘Labour Law’ (CUP, 2012), p 611.”