Beecroft by the backdoor 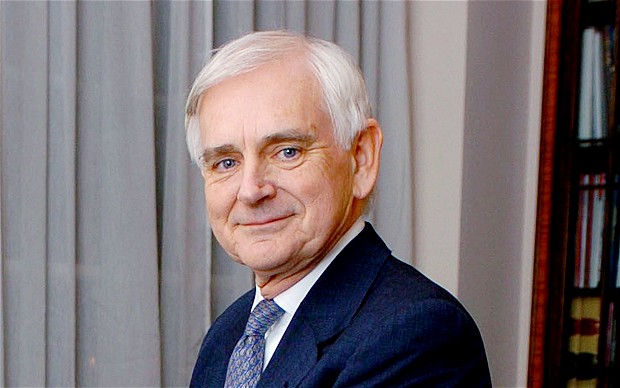 Adrian Beecroft – “discredited report” on making it easier to sack workers being smuggled in through the backdoor.

The government’s attempts to smuggle more of the discredited Beecroft report which proposed, among other things, to remove unfair dismissal rights to make it easier to sack workers, has been rumbled not only by unions but by one of the country’s top law firms. The proposals come in for stinging criticism from top legal firm Linklaters.

Despite Vince Cable saying he believed Beecroft’s proposals were “bonkers”, the Government has pressed ahead with “consultation” through the Department for Business Innovation & Skills (BIS) on allowing employees to sign away their employment rights in return for shares in a company.

Linklaters has issued a “deconstruction” of the “employee owners contracts”, saying George Osborne’s proposals were “odd” and warning employers that the scheme could lead to major problems.

“We have real concerns about how this proposal will work in practice, particularly for start up companies whose shares may be tricky to value.

“Employers may well be replacing a low-level potential liability for statutory unfair dismissal payments with significant costs involved in providing the shares and buying out employee shareholders who leave.”

Linklaters say the proposal is odd, given the government indicated it would not adopt this Beecroftrecommendation and a majority of respondents to the report did not support it.

BIS is indicating the proposals are intended for “start up and fast growing companies that want to benefit from the apparent flexibility of the new status”; however, says Linklaters, it is not clear the new status is flexible and have identified a number of key issues that should make employers and employees think twice before even considering the government’s scheme.

• The position of employee owners who leave is unclear. BIS states employers may require them to forfeit the shares, but that in order to protect them they should get “reasonable value” for the shares. Is a distinction to be made between a ‘good leaver’ and those who resign or are sacked for misconduct or other reasons? If employees will always be assured of receiving market value for their shares, what is there to retain and motivate them to perform and contribute towards the success of their employing company?

• Employers are at risk of having exchanged the cost of unfair dismissal or redundancy payments with having to pay market value for the shares, which could be a higher cost in many cases. On the other hand, the risk of not receiving full market value for shares for which the employee had already paid or on which he was taxed as employment income could make employee-owner status unattractive to employees.

• It is also unclear whether an employee owner who leaves will retain this status until he receives “reasonable value” for the shares or whether he can be dismissed with immediate effect and leave the matter of valuation of the shares for agreement or litigation in a costed forum. Employers would wish to avoid this situation.

• To ensure the limits on the value of the shares are met, for income tax purposes and in order to pay for any forfeited shares of leavers, it will be necessary to value the shares on hire, on termination and possibly on an on-going basis. For private companies this could be an unacceptable and expensive burden which would make the proposal unattractive.

• The tax advantage of the proposal only kicks in if the shares grow significantly in value, beyond the usual available shelters from Capital Gains Tax, such as the generous annual exemption (currently £10,600, doubled if shares are transferred to spouses or civil partners). This growth is unlikely to occur in large listed companies. However, they may well adopt the new employment status, not necessarily to provide a capital gains tax-free growth in the value of the shares, but to have a workforce which is not covered by current employment protection rights.

• It is unclear whether employee owners who leave but retain their shares will lose all or part of any CGT exemption when they eventually sell them, for example on a later sale or listing of the company. If so, the tax advantages are significantly reduced.

• No employee has the right to claim unfair dismissal or a statutory redundancy payment until they have been employed for more than two years anyway so the employer is not gaining anything by giving share ownership at the beginning of employment. The new status is therefore only going to be relevant for employees coming to the two-year time limit. Having a workforce with different individual employment rights will make for difficult HR management.

• The right to claim discrimination and a variety of automatically unfair dismissals, (for example ‘whistleblowing’), will remain. Dismissal of an employee owner may therefore still be as problematic as an ordinary employee.

• There are likely to be discrimination issues with a refusal to consider flexible working, or imposing lengthier notice periods to return from parental leave, even if the employee has signed up to the new status.

• The new status only removes the right to a statutory redundancy payment whereas many companies will offer more generous redundancy terms which an employee owner will continue to receive.

• The new status is probably going to be most attractive to senior employees, CEOs and executive directors of new start ups, who will gain the CGT advantage in return for giving up rights that are never going to be used against them, given that they control the company.

• Information for the employee will be key to making the status work. There will have to be clear and comprehensive guidance to avoid any claims of misrepresentation, particularly with regard to any future value of the shareholding.

• For companies in the financial sector who are obliged to comply with the FSA Remuneration Code, employee-owner shares are likely to be regarded as part of the variable remuneration element of the pay package. How will the required clawback and deferral provisions apply alongside the desire for employee-owners always to have some value from these shares?

Linklaters says it understands it is suggested employers will be free to give additional rights to employee-owners, including replacing the rights they have given up. However, it is not possible to give an employee statutory rights by contract. What could be done is to give a contractual right to a fixed sum on termination, perhaps an estimate of the likely award in an employment tribunal.

However, Linklaters says that was exactly the Beecroft proposal made for compensated no fault dismissals, rejected by the government in September.

It also raises the question of why an employer would want to give back a right which had been given up in return for the allotment of shares. There is therefore a risk this structure will be used in this manner solely to take advantage of the Capital Gains Tax exemption, without any loss of rights to compensation on leaving.