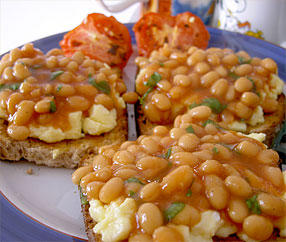 Two further days of strike action will hit production of beans and soup at Heinz flagship Kitt Green plant in Wigan before the end of the year, Unite the union has announced. A one-day stoppage last week saw two million cans lost from production at the site.

Around 1200 workers will again walk out from 06:00 hours on December 21st until 06:00 hours on December 22nd with a further walkout expected before the year is out as the workers fight for fair pay. Heinz, which saw its profits margin expand to 37 percent this year, is refusing to budge on its offer of 3.3 percent this year and 3 percent in 2011, well below the cost of living which is running at 4.7 percent.

Unite has reiterated to management that it stands ready to talk to the company at any time about solving the dispute but warns that fury is deepening among the workers over the company’s attempts to paint them as greedy in the current austere climate. According to Jennie Formby, Unite national officer for food and drink, the food giant is guilty of hypocrisy: “The company is shamefully trying to smear this workforce as grasping for more cash even though year on year they have worked extremely hard to deliver whacking great profits for Heinz.

“With Heinz’s profit margins extremely healthy at 37 percent, the workers rightly feel that the company is vastly wealthy and can easily afford to help them meet the spiralling costs of living. Heinz’s refusal to do so is made worse when they continue to shower rewards on managers and the shareholders. The hypocrisy of 15 percent bonuses for well-paid managers but wage freezes for ordinary workers is staggering. Heinz workers are not being greedy – they just want fairness.”

Unite is also angry that Heinz managers are falsely claiming that the workers will be receiving their fair share of the company’s profits and challenges some of the company’s recent statements as “deliberately misleading”.

Jennie Formby continued: “Heinz has tried to pressurise their workers by getting Jaap Wilbers, a vice president at the plant, to write to the workers at their homes. This attempt to intimidate them out of taking strike action has backfired because the workers are not buying the deal he is selling, as could be seen by the picket lines earlier this week.

“90 percent of workers voted to strike after rejecting this deal. Mr Wilbers and the Heinz management team would be better advised to pay heed to this unified call, to stop peddling half-truths and sit down with us to work out a just settlement to this dispute.”

With the strike at Heinz’s flagship UK plant about the enter its third day on December 30th, Len McCluskey has rounded on the company’s management warning them that their conduct during the pay dispute is revealing an unpalatable side of the food company to the British people.

The 1200 workforce overwhelmingly rejected a two year below the cost of living offer from the company because it would see their pay roll backwards event though Heinz’s profit margins stand at around 37 percent, a clear demonstration that the business is weathering the recession very well.

“The UK people are fond of Heinz products, as sales show, but they also admire fairness. If they understood how Heinz is squeezing workers’ wages to instead turbo-charge profit margins and put money in the pockets of managers, then that affection would certainly be tarnished,” said Len McCluskey.

“While managers crow about 15 percent bonuses, workers are told to accept what is in real terms a pay cut – and when they rightly decide to stand up and win better for themselves, their good conduct and loyalty over their years is rubbished by Heinz.  By any standards this is breath-takingly unfair.  Heinz can easily afford to settle this dispute and to do so without trampling on the reputation of this loyal workforce.

“Every indication is that 2011 will be extremely tough for ordinary people.  Heinz, in contrast, is remarkably recession-resilient and could easily afford to add some value to the pay packets of these workers.

“Unite remains open to talk at any time to try to achieve a settlement to the dispute.  It was extremely disappointing that management used last week’s talks to worsen the offer – negotiations cannot succeed when one party refuses to come to the table in good faith. There is a new year just around the corner, we urge Heinz to adopt a new attitude with it.”

The third day of strike action started on December 29th at 21.50, continuing until 21.50 on December 30th. Talks between the parties broke down last week when Heinz tabled a poorer offer.  Unite has continued to press for the resumption of talks but to date Heinz has shown no willingness to do so.

A few facts about Heinz show: