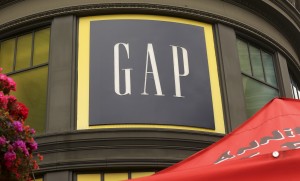 Four hours to deadline and US retailer Gap Inc’s are still refusing to sign the agreement designed to improve safety conditions in Bangladesh’s garment factories.

They are rightly being condemned by politicians, unions and charities.

Those who have signed up to the deal include H&M, Marks & Spencer, Tesco, Primark, Zara’s parent company Inditex, Mango, Benetton, and PVH (owner of Calvin Klein and Tommy Hilfiger).

The deal proposed by IndustriALL and UNI is to improve conditions in factories, and prevent disasters such as the building collapse at the Rana Plaza factory complex, which killed 1127 people.

Commenting on those companies who wish to maintain “voluntary” arrangements IndustriALL Global Union General Secretary Jyrki Raina said: “It’s a very clear message to say that they accept the status quo: continuing to have auditors set-up and controlled by the companies themselves. That’s what we’ve seen as the model up until now, and that model that has led to industrial homicide.”

“When companies audit themselves, they fail to find what needs to be changed”, he added.

Other major US retailers, such as Wal-Mart, have also not signed. The deadline for companies to approve the plan is set for midnight tonight.

Gap was not linked to the factories in the Rana Plaza complex, but works with almost 80 factories in Bangladesh. Gap garments were found in a fatal factory fire in the country just over two years ago.

The new agreement, negotiated by retailers and trade unions, will be the first to get multinationals to commit to help fund fire safety and building improvements in factories they work with, or terminate their contracts if repairs cannot be made.

Gap said it was ready to sign on to the agreement but first wanted a change in the way disputes are resolved in the courts.

Christy Hoffman, deputy general secretary of UNI Global Union, which helped draw up the plan, said Gap’s concern lies with the legally-binding nature of the terms, and an amendment it has proposed would render the deal all but voluntary.

Murray Worthy, a campaigner at anti-poverty charity War on Want, described Gap’s position as “absolutely outrageous”. He said its objection was a “complete smoke screen” that would “rip the heart” out of the agreement.

He added: “It’s a straightforward statement that they don’t care at all about the safety of their workers and aren’t interested in taking action to put that right.”

At the time of writing IndustriALL and UNI are piling pressure on those retailers who have not signed.

More on this story and why unionisation is one of the answers to stop another Rana Plaza  – click here.