British Airways cabin crew Unite members have voted to support industrial action by a large margin. In a 75% turnout the details of the ballot are as follows: 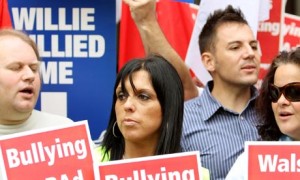 Unite balloted 10,220 cabin crew.  They voted as follows on the question “are you prepared to take part in strike action”:

Commenting on the ballot result Unite general secretary Len McCluskey said:  “For the fourth time in 13 months British Airways cabin crew have voted overwhelmingly in support of their union and expressed their dissatisfaction with management behaviour.  Indeed, the turnout and the majority on this occasion are much greater than in the last ballot. Surely BA management must now wake up and listen to the voice of its skilled and dedicated employees.  This dispute will be resolved by negotiation, not litigation or confrontation, and it is to negotiation that BA management should now apply itself.  We are ready.” 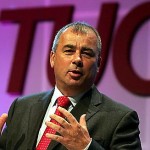 In a recent development The Guardian reports that TUC General Secretary Brendan Barber has criticised Jim McAuslin of the pilots union Balpa, for making public statements attributed to Brendan Barber and ACAS which had not been made. Read about here: Brendan Barber “slaps down” Balpa says Guardian