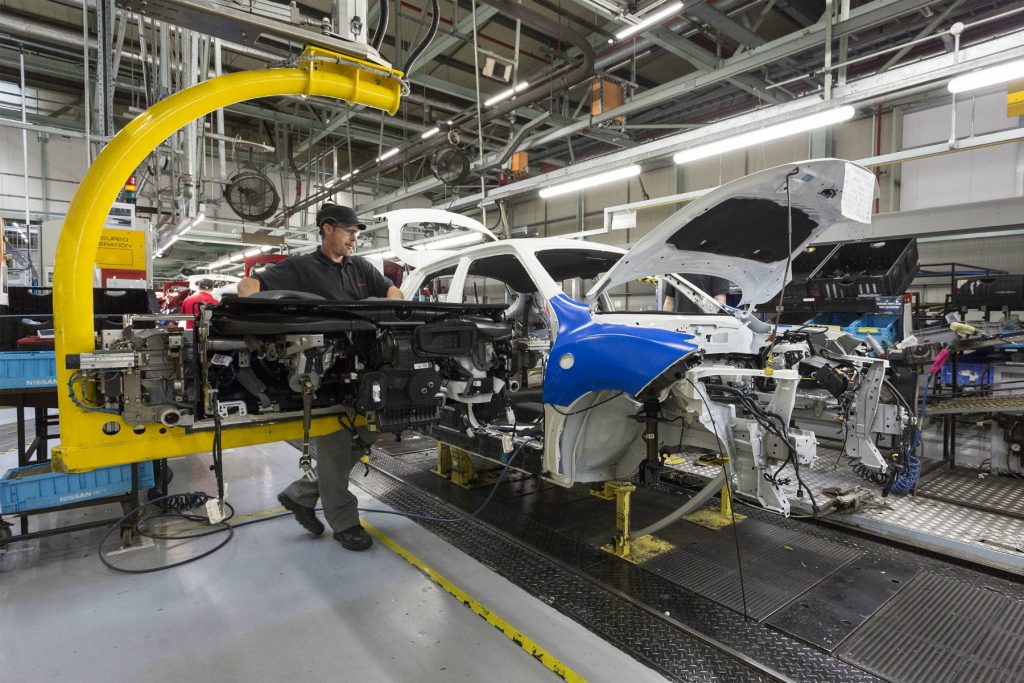 Despite Michael Gove’s claims last week that the automotive industry was ready for a no deal Brexit, Jaguar Land Rover has become the latest firm to say that it will shut down its UK plants in November in an effort to mitigate potential disruption from a no-deal Brexit.

JLR’s Chief Exec Ralf Speth said the firm had no choice but to stop production lines at its four UK plants (Solihull, Castle Bromwich, Wolverhampton and Halewood), stating that “We cannot think about it, we just have to do it. I need 20 million parts a day and that means I have to make commitments to my suppliers. I have to have every and each part available and I have to have it just in time.”

The latter point illustrates again the vulnerability of automotive and manufacturing that rely on a ‘Just in Time’ (JIT) supply chains to a No Deal Brexit that could cause customs delays and supply chain disruption.

The JLR plants produce around a third of total UK car output and around half a million engines that go into those cars.

A long lag-time in ordering components from suppliers means the firm can’t reopen the plants at short notice if Brexit is delayed beyond October 31. “We will have to close. We cannot switch off and on again” said Speth.

Essentially, customs delays under a No-Deal Brexit would throw a big spanner in the works of JIT systems commonly used across UK and EU manufacturing.

JLR isn’t alone. Toyota has said it won’t build cars at its Burnaston plant on 1st November (sources tell me that it will review its position every three days given uncertainty over the flow of components). BMW will halt production at its Oxford plant on 31 October and 1 November and has said it may send home workers on unpaid leave. Peugeot-owned Vauxhall is also likely to shut its plants.

It’s the second time this year that car firms will have shut down because of Brexit uncertainty. Back in April much of the UK car industry was idled in anticipation of the original end of March Brexit deadline. Firms brought forward planned maintenance shutdowns and took extended breaks in an effort to mitigate the cost of disruption caused by Brexit. Output fell by 45% in April compared with a year earlier.

In recent days several national auto industry bodies, including the German car industry body the VDA, have said that Brexit would have a “seismic” impact on car makers on both sides of the channel.

In the UK, the Society of Motor Manufacturers and Traders (SMMT) reckon that car makers in Britain have spent hundreds of millions of pounds preparing for an exit, with some of that money spent in the weeks leading up to the end of March.

An SMMT press release earlier this week stated that: “A ‘no deal’ Brexit would have an immediate and devastating impact on the industry, undermining competitiveness and causing irreversible and severe damage… (and) risks destroying this vital pillar of our economies.”

JLR has repeatedly stressed that No Deal would cost the firm £1.2bn and threaten a pipeline of tens of billions of pounds of investment in the UK. Before he was PM, Boris Johnson earlier this year dismissed Ralf Speth’s concerns in an LBC radio interview, suggesting that it was not certain that JLR’s Chief Exec knew more about the car industry than he did.

Another major issue in the event of No Deal would be tariff barriers for automotive of around 10%; this would push up import and export prices of cars, and impact on exports and hence production in the UK.

In our recent book Keeping the Wheel on the Road: UK Auto post Brexit, Ian Henry forecasts a short-term production hit from a No-Deal of at least 175,000 cars a year (that’s not including the Honda closure), which is over 10% of UK car output.

Longer term, there is a significant risk that some firms would consider shifting production activities outside of the UK such that the loss of output could be much higher. Honda and Ford have already announced plants closures in the UK for a variety of reasons; Brexit uncertainty being seen by many as one factor.

Other assemblers may follow in the event of a No Deal, especially when new model production is being planned. Peugeot has already stated bluntly that No Deal would mean no investment at Vauxhall at Ellesmere Port (the current Astra model is due to be replaced in 2021).

That’s before we get to Toyota, which began new Corolla production last year at its plant in Burnaston, Derbyshire (an investment decision which goes back before the 2016 Referendum). Like Honda, the plant has been operating below capacity in recent years, and there is a big question mark over its future when production of the current Corolla ends in 2024.

It’s worth noting that there is plenty of spare capacity in the European auto industry. Other countries would jump at the chance to attract such assembly activity, hoping that that they could also pull in significant (especially higher value) parts of the value chain. The employment effects of losing assembly operations could be significantly higher than just the jobs associated with major assemblers.

Exiting the EU in an orderly way with a Deal, minimal trade friction and a transition period remains vital for the British auto industry. No Deal would be very damaging to output, jobs and investment.